We spent the last couple of days, a few hours on each day, repairing the fence bordering our Loke, that was damaged by Storm Eunice back on the 18th February 2022. She had snapped one of the metal post holders in half, leaving the spike buried in the ground, while the socket part with its wooden post still in it, and also still attached to the wooden panels, was flung across the garden and part the way out on to the Loke too. It had broken several pieces of the framework making up a panel plus literally snapping a corner out of another panel. 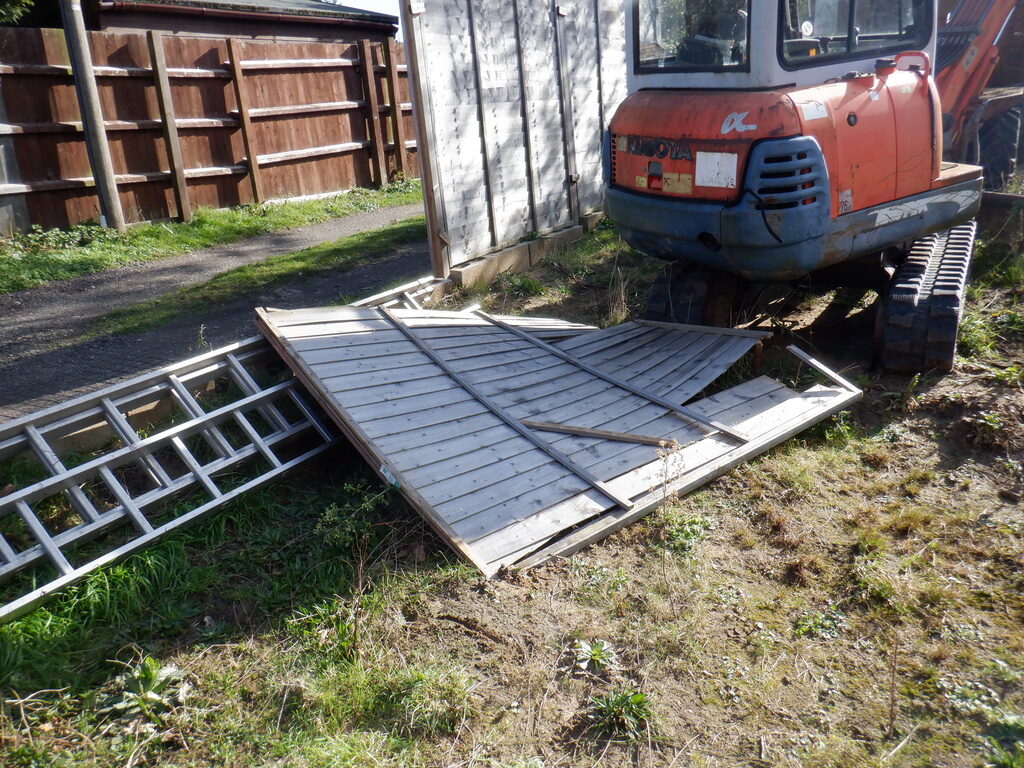 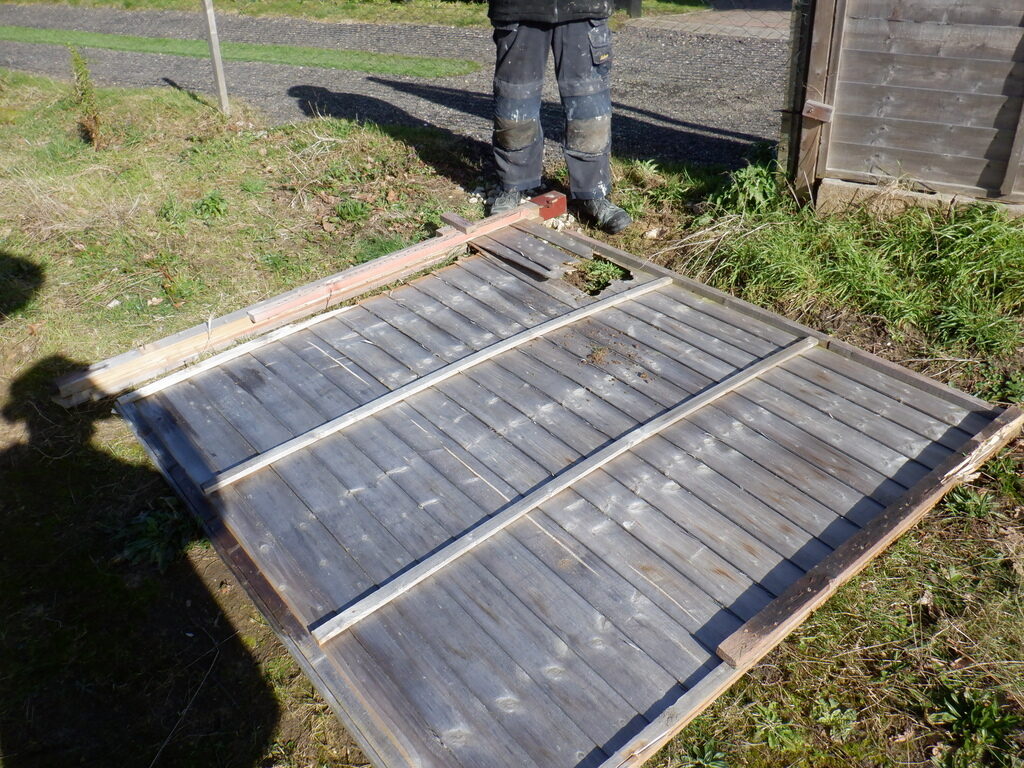 
After detangling the wooden panels from the fence post, unscrewing smashed support ties and other bits and pieces to get the panels separated, we were then took each one in turn into the house to repair and reinforce them back into some assemblance of normality. We actually repaired three in total, even though only two of the panels were lying on the ground, we found the first panel had some broken structs so that got done too.
Next, was to remove the metal socket off the wooden post (it was clamped on so just a case of loosening a couple of captive bolts) and then digging out the buried spike, bringing both pieces indoors and cleaning them up using grinding discs and wire wheels to get the protective paint off so it was ready for welding back together. We found some iron strips of band and used them to reinforce the whole thing, with lots of weld points everywhere. After that we painted it green, using a metal paint to help prevent major rusting and left it to harden overnight.
On the following afternoon, we proceeded to rebuild the fence, driving the repaired metal support holder back into the ground and then slid the wooden panels back into place. We had to relevel a couple of the concrete blocks under the middle panel but everything went back pretty neatly. We screwed all the wooden panels securely on to the post again to save them from slipping out in windy conditions.

That concludes the repairs caused by storm Eunice and hopefully we won’t suffer another incident any time soon!!