Over the last ten days or so, we have been preparing for the arrival of our triple glazing units for our twelve windows in our main house. This was a mixture of taking down the temporary plastic polythene sheeting off the windows, removing the wooden strips that were holding them up. Then scrubbing and removing the old glue we had on the aluminium framework (from a failed attempt to attach polythene to the windows). Next was to paint the inside of the same aluminium surface black to stop it glittering in the middle of the window through the glass.

Another task was to construct a vehicle to help transport each glazing unit around the house to various locations. It took our small four wheel flatbed trolley and mounted a vertical padded framework to hold the glass while it was moved. This was sorely needed as the nine biggest glazing units weighed in at 120kg (265lbs or 19 stones ) each! 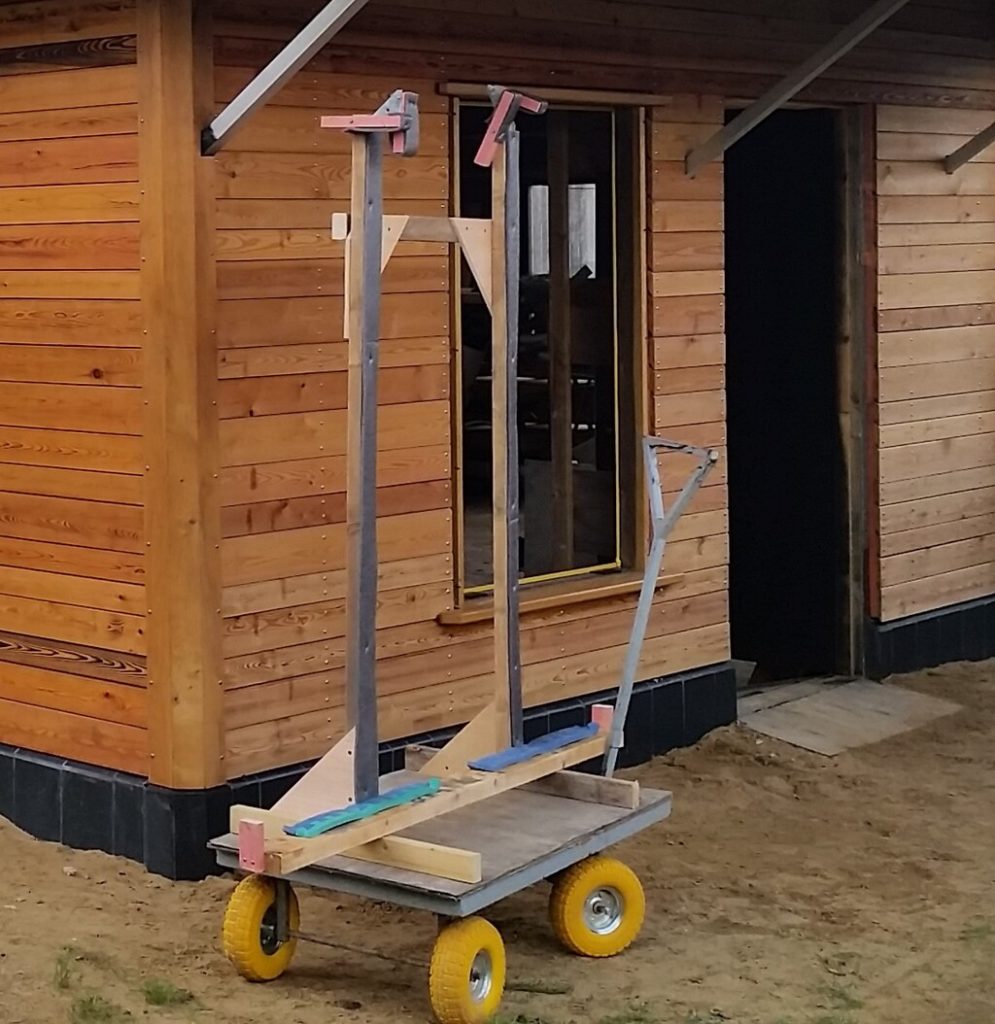 
We also made a rain shield “tent” like structure just in case we were hit by the predicted Storm Alex that would be running across northern France and along the English Channel. 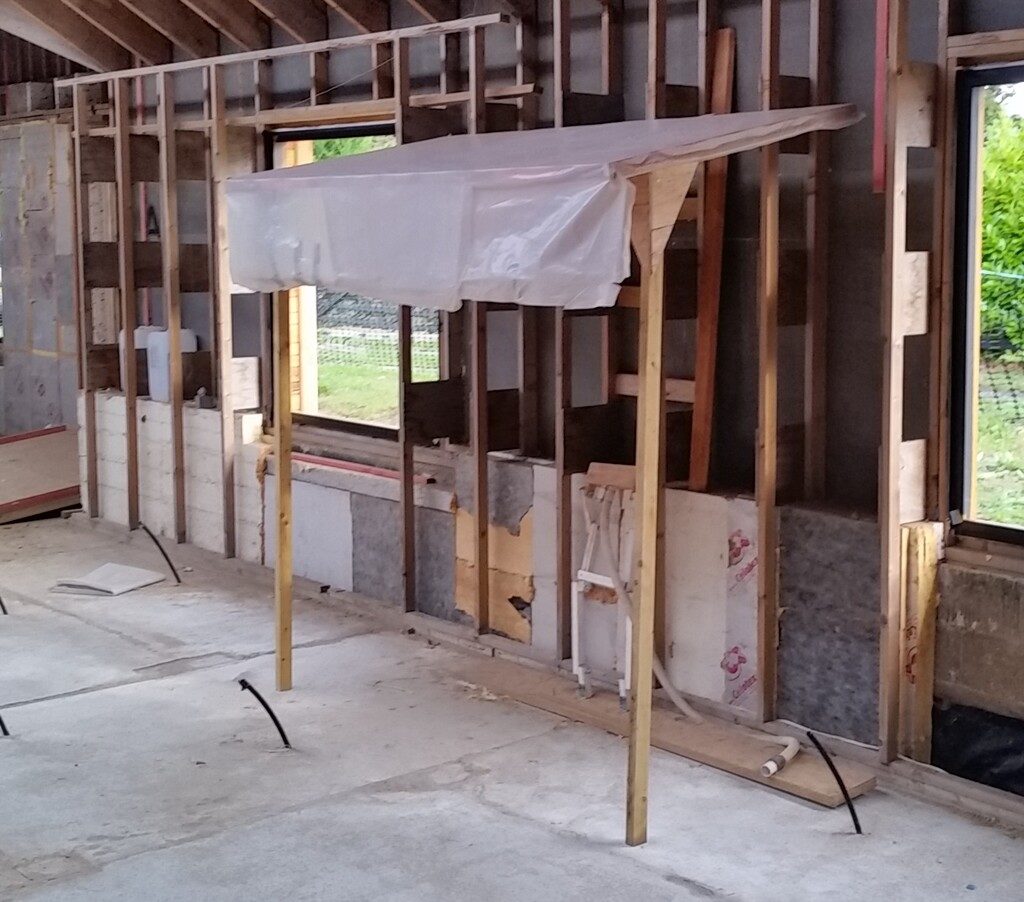 By Tuesday, we had some indication that our glass would be delivered Friday (2nd October) sometime, so we continued with the preparation task and went around the windows to stick on the double sided high strength security tape onto the aluminium strips, all ready for the glass. We left extra tails of covering paper which we folding to the inside of the window to allow easy removal after the windows was in-place. We decided that it was worth the risk of this getting wet in the frequent showers of rain we have been having all the while but it turned out ok because all the rain just came down straight and wasn’t blown into the windows etc. But we did discover that we were missing a roll of this sticky tape, we had originally ordered four 20metre rolls but couldn’t find the fourth one anywhere! We can’t prove that we were short-changed in the original order (because we ordered 6 months ago), so we had to dash to the computer and order an extra roll with an overnight morning delivery option. This was Tuesday lunch time! 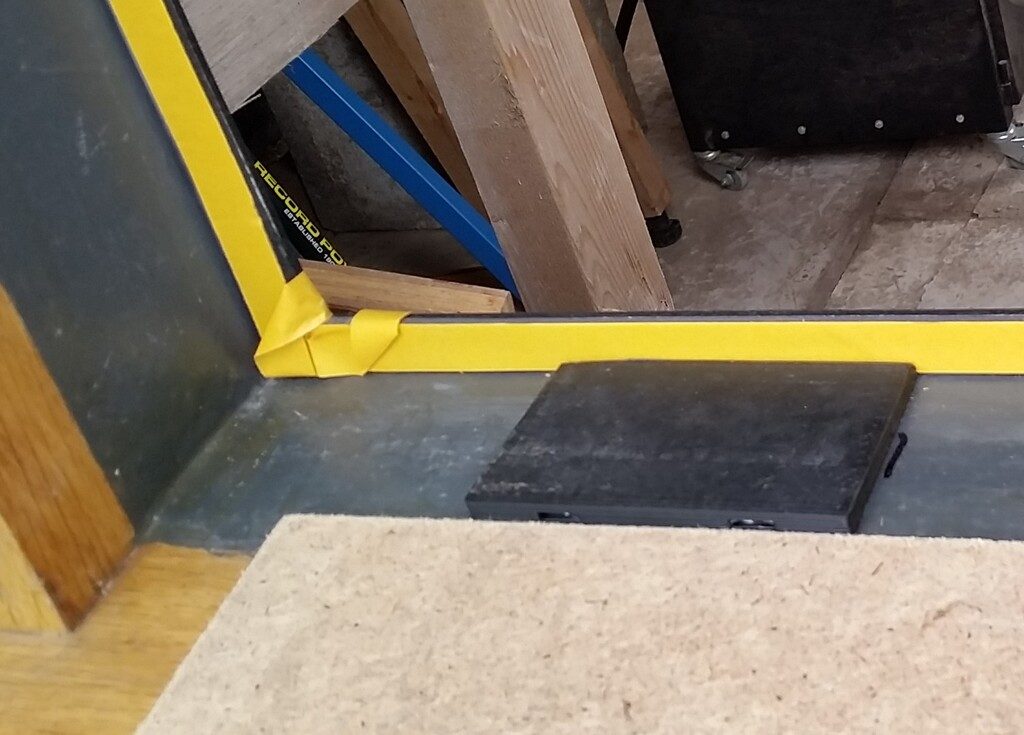 In the meantime, we took our homemade plastic glazing pads (see Manufacture of Glazing Support Pads), and went around sticking them on to the sill of each window, four of them for a large window and two for the smaller ones. 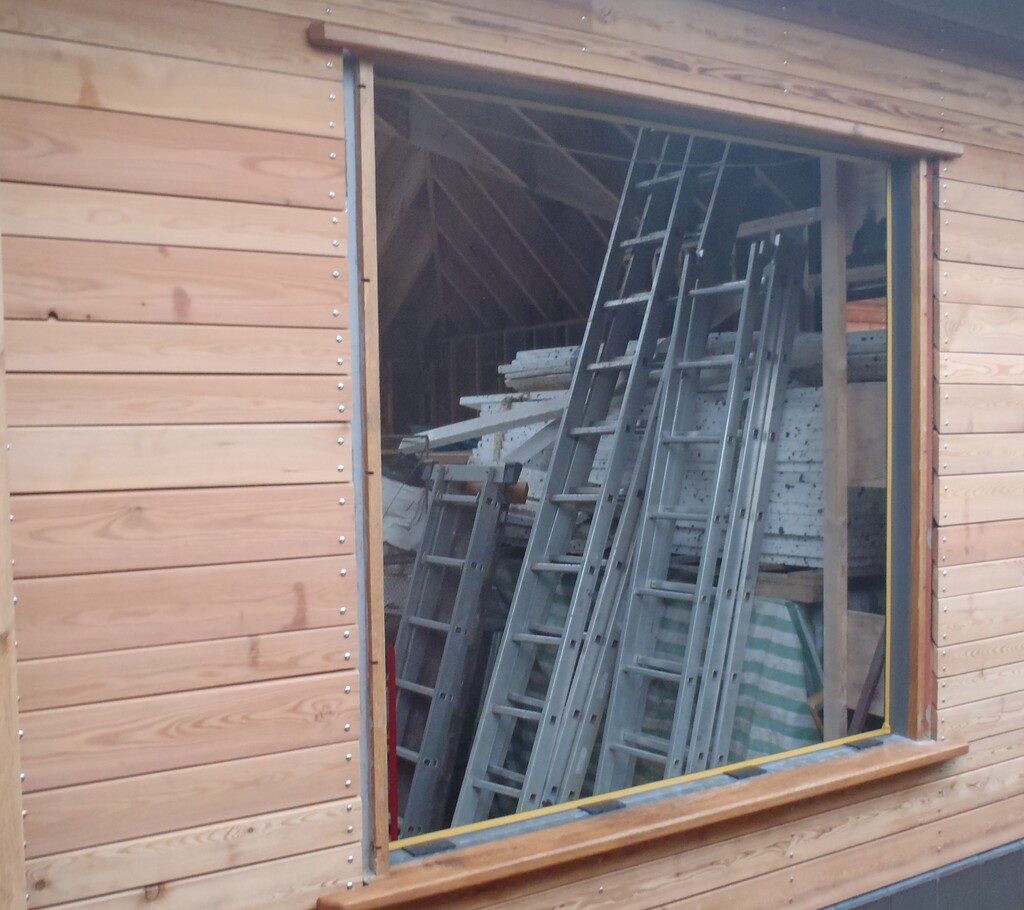 
The drama with the double sided sticky tape was not over, because the courier had some issue and failed to deliver our roll before noon Wednesday as ordered. We phoned the supplier and they chased down the courier. We could see that our package was sitting in Norwich and had been since 6am Wednesday morning but it wasn’t until 1pm on Thursday before it finally arrived. Just typical that when we wanted a real speedy delivery, something goes wrong and when we don’t care, it always turns up promptly! Phew!
Anyway, we finished off the final three windows that afternoon and then went around with a straight metal “ruler” to test the level of the pads to makes sure that they were all flat and synchronised and did some swopping out of one or two pads for thicker ones and in one case a couple of thinner ones.
All is now ready for the glass!
The final concluding piece of information is that we learnt that the glass will be delivered first thing Friday morning, between 8am and 10am. We informed our cohort of helpers of this shocking news and set our alarms for 6am – Eek!!