The week was spent installing a layer of insulation inside the cavity under the hall’s flooring. We wanted to make sure that we don’t have too much leakage of valuable house energy, especially we will have our main air duct running in this cavity to supply fresh and warm air to all our rooms. So we took all the thin insulation boards that measured 50mm or 60mm thick and sliced them up into various widths to fit between the leg supports. This took a few days as you had to cut each piece to fit around the legs.
We completed all the four hallway sections and glued them into place with spray PU foam. 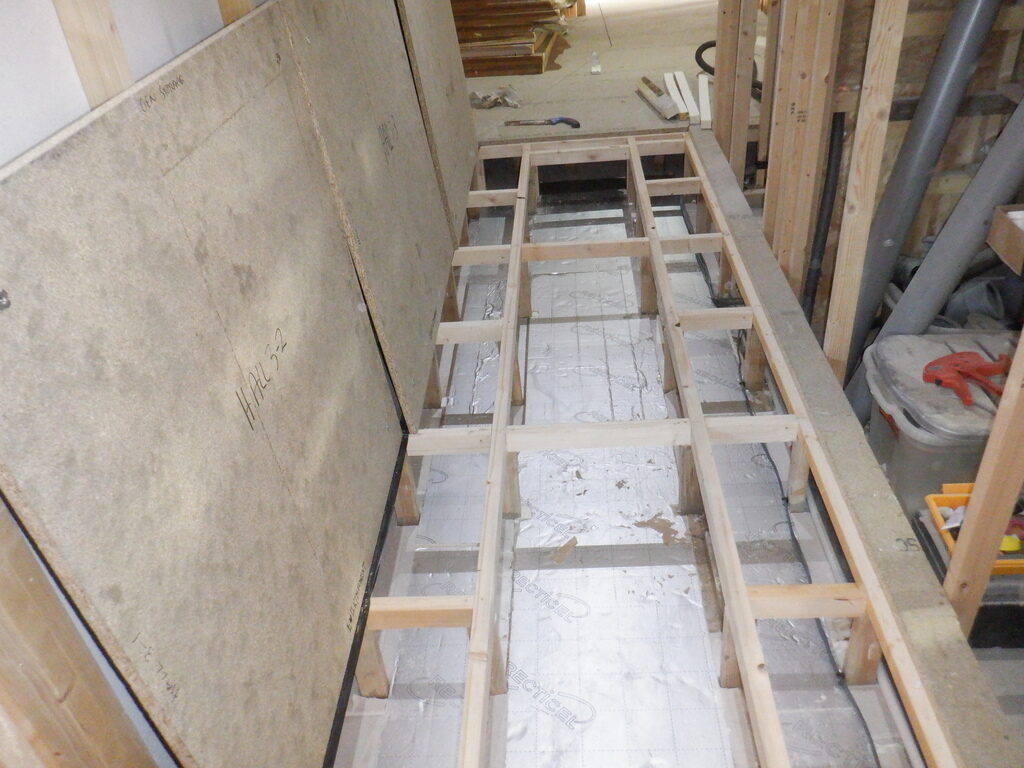 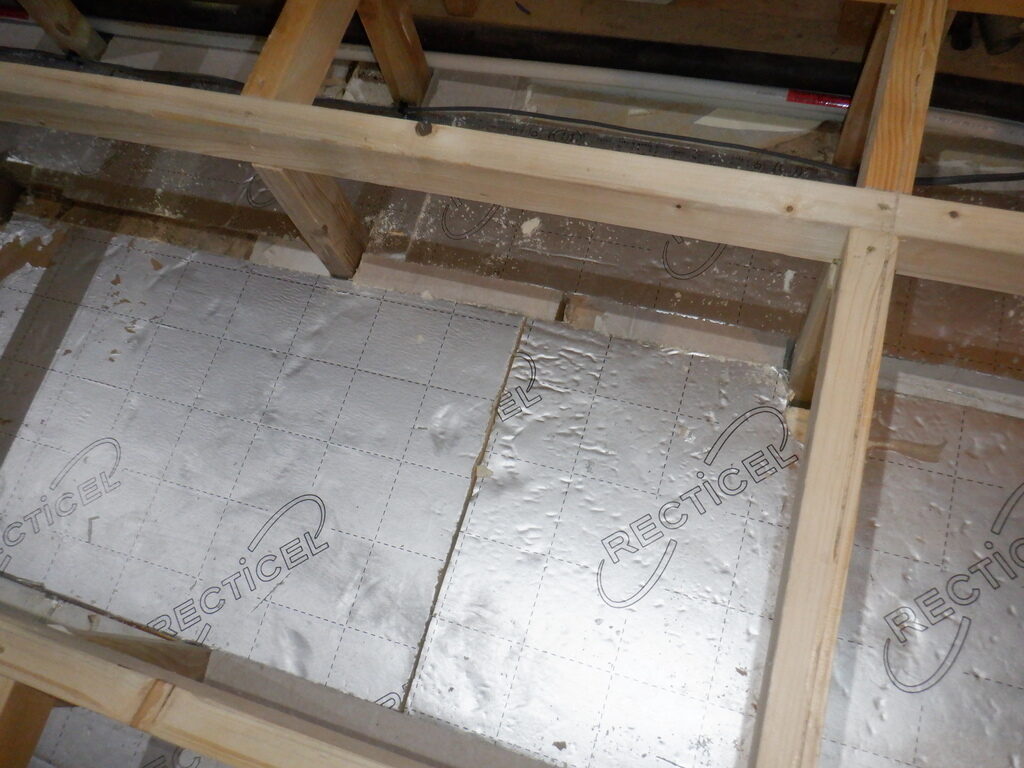 The next little job was to install mains electric cables, using twin and earth 2.5mm solid copper wires and ran them from the Tech Cupboard and its new consumer switch unit. We screwed little cable tie saddles on each of the legs and grouped together a bunch that are going off in various directions. We laid in cables to go to the Great Room, the Kitchen, then to Bedroom One, around the corner to Bedroom Two and finally to Bedroom Three. At the end of each cable  we installed a double switched socket (the Great room has already several sockets so we carried the cabling across the room to those, plus also Bedroom Three also had its collection of sockets already installed too) so we could plug in local piece of equipment without having to run our extension reel everywhere. We also sent one cable upstairs through the ceiling of the Tech Cupboard and mounted another double socket on the metal leg to serve the First Floor. The cables were then neatly connected to the appropriate switches in the switch panel. 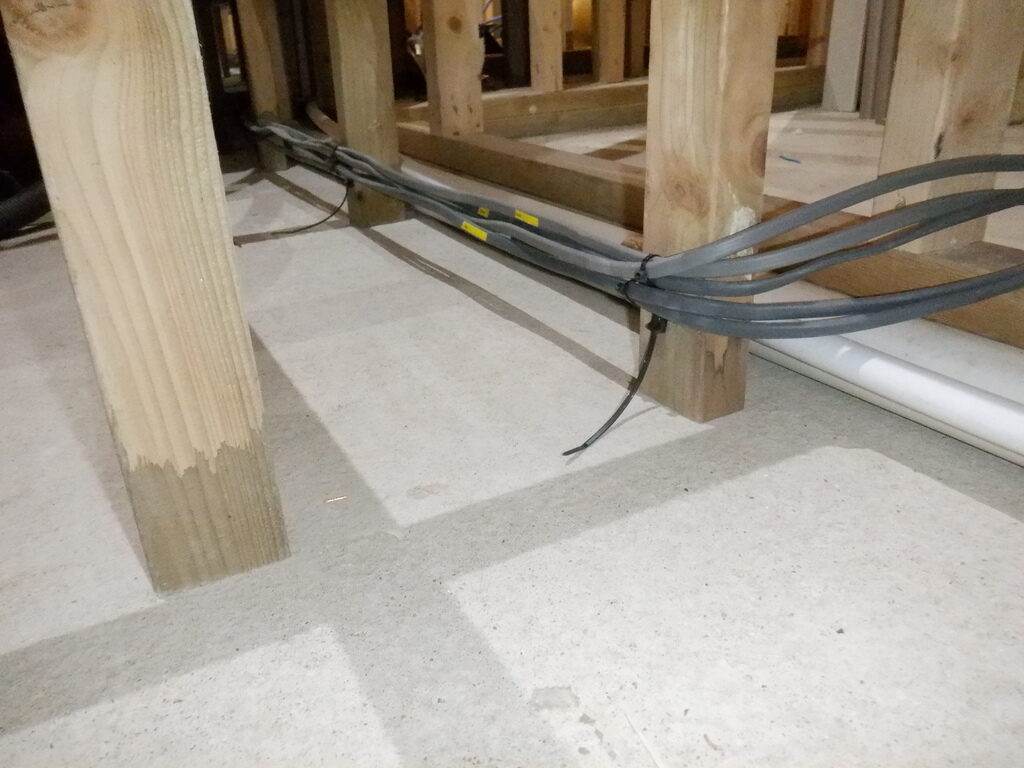 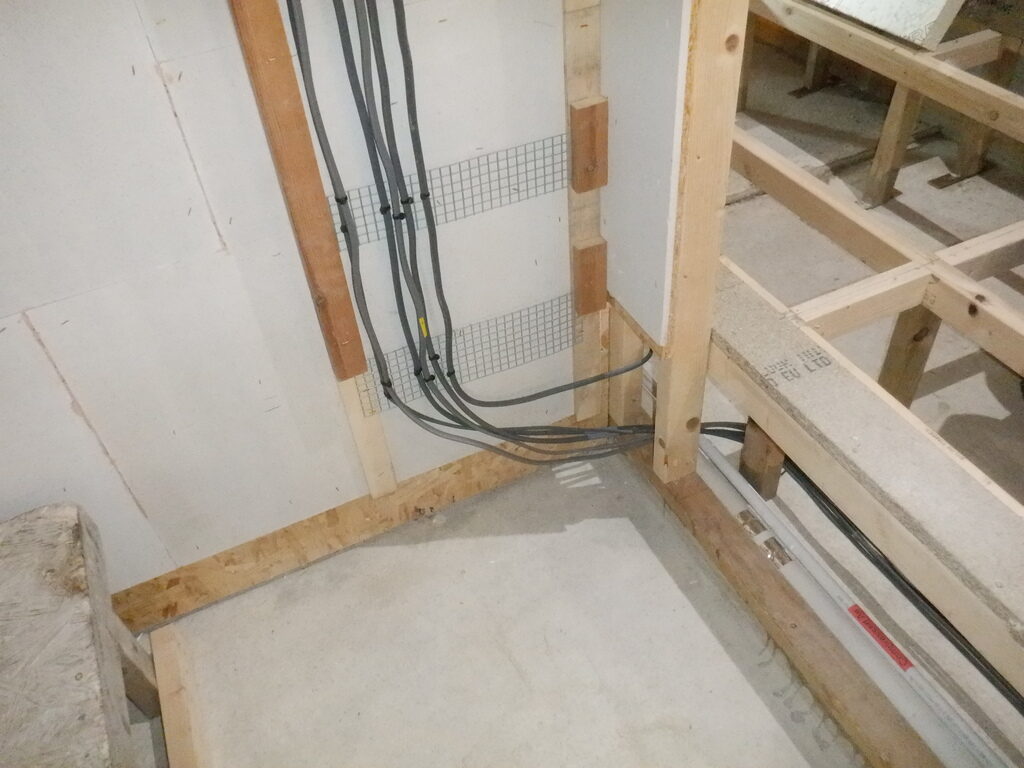 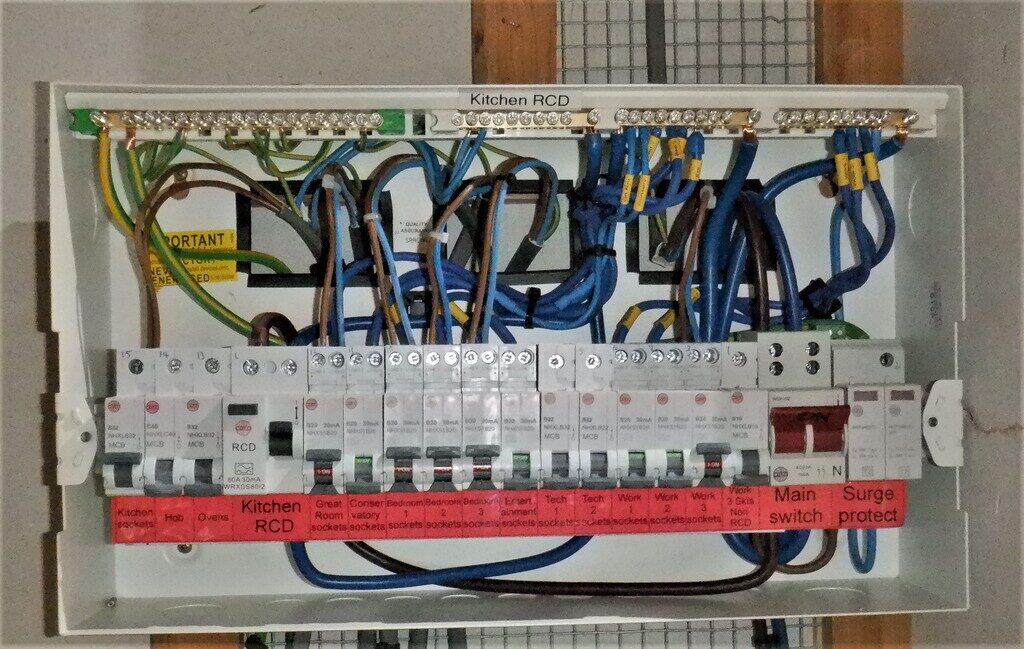 
It doesn’t seems that we have done a lot this week, which is true because Shaun is still recovering from his eye operation but hopefully, things will get back to normal soon.