Suddenly at a bright early hour, our concrete beams, all ten of them, arrive! We had to parked them on our driveway in such a position so we could then transport each beam inside the house through the Side Door, without hitting problems like trying to turn a 4metre long object around a sharp 90degrees turn! We also had to keep the driveway clear to allow our car out too! Phew! 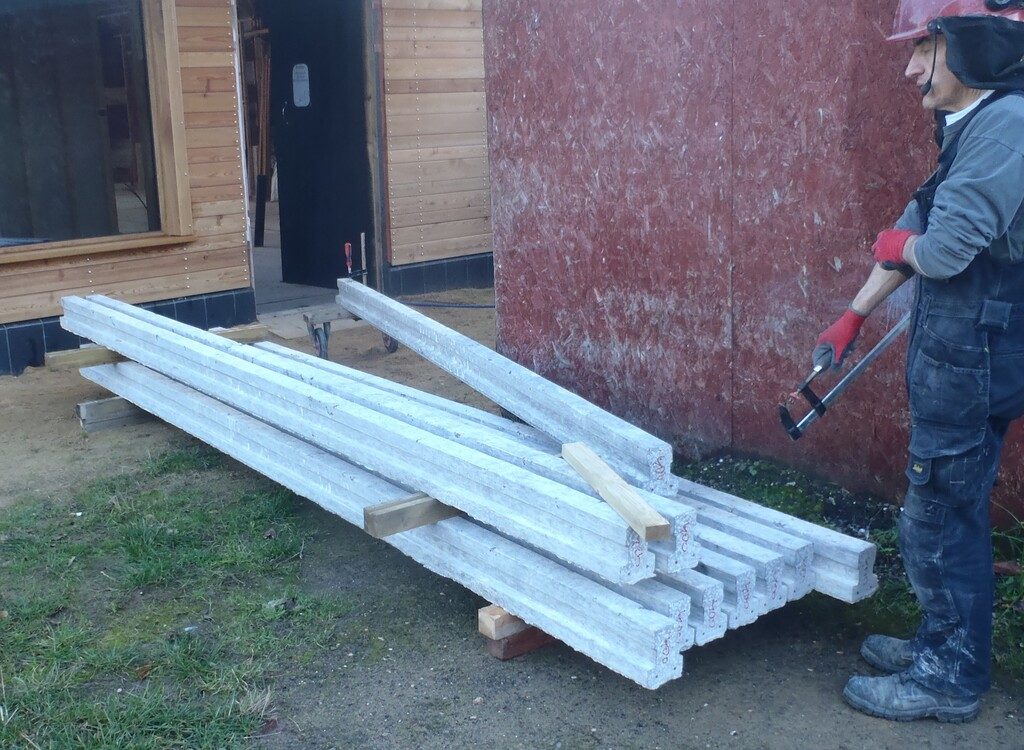 
After doing other chores and tasks in the morning, we started the heavy duty of moving these beams into the house. We bolted two large castor wheels to a slab of timber, already predrilled with the holes because these 2inch by 6inch short planks were used several years ago when we were moving the huge steel RSJ beams!
But this time, we moved the 120kg concrete beams, once at a time, by clamping the wheels to the beginning of the beam and clamping a long wooden handle to the other end to allow us both to lift it up. Dragging the beam over to align with the Side Door, we proceeded to push each beam into the house, down the ramp and slipped past the various obstacles and parked them half way down in the middle of house, next to the metal roof legs.


It took us all afternoon to move the ten beams, being careful not to overtax ourselves and not to cause any damage to our house! The big challenge will be when we need to hoist them up and put them on our Entertainment Room concrete walls to form the roof! That’s another day’s Job!