Monday is the big day with the arrival of 66 special timber I-Beams, the last three days have been spent preparing for this happy day. So, we adapted our large flat bed trolley to help the job of transferring the very long I-Beams down the Loke from the main road. They come in a range of lengths, the majority being ten metres long but several are eleven metres, some 35feet and weighing up to 66kg each!
The trolley had a single upright plank mounted on, with a small gap underneath to allow for a ratchet strap to lock down the jumble of I-Beams tight to the trolley when we haul it down the Loke. We estimate that it will take three separate trips to move all the 68 pieces, the total weight being over two tons so we decided to split it into three separate loads. 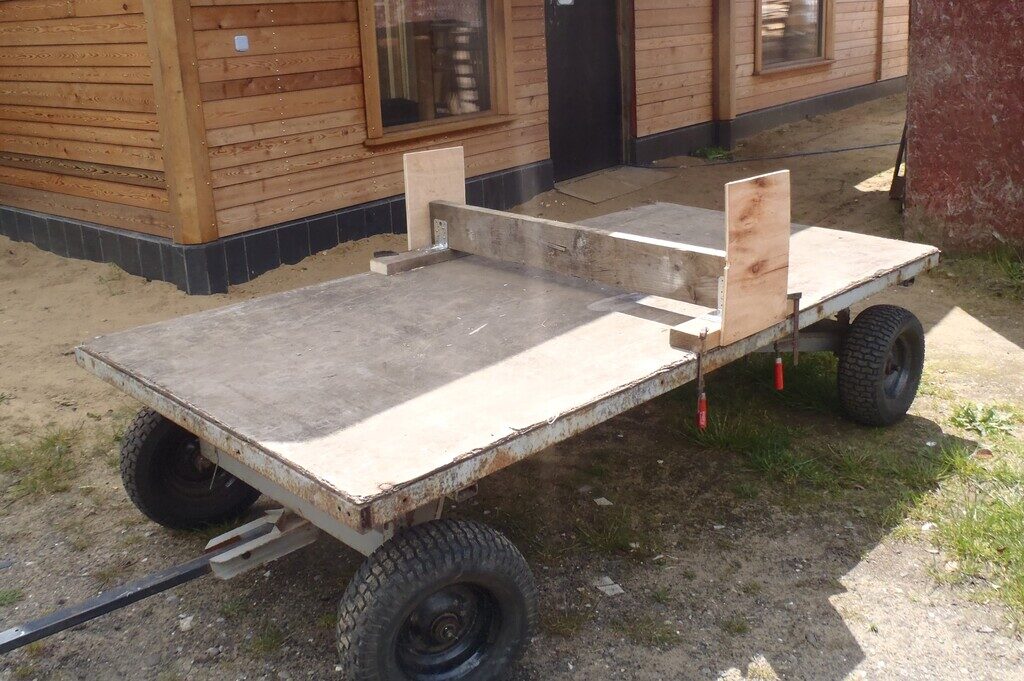 
Next, we made a little dolly module to help support the other end of the long beams. This module is using two solid castors bolted to another one of our old trusty two by six planks and an extension tower built upwards to bring the level to match the main trolley. 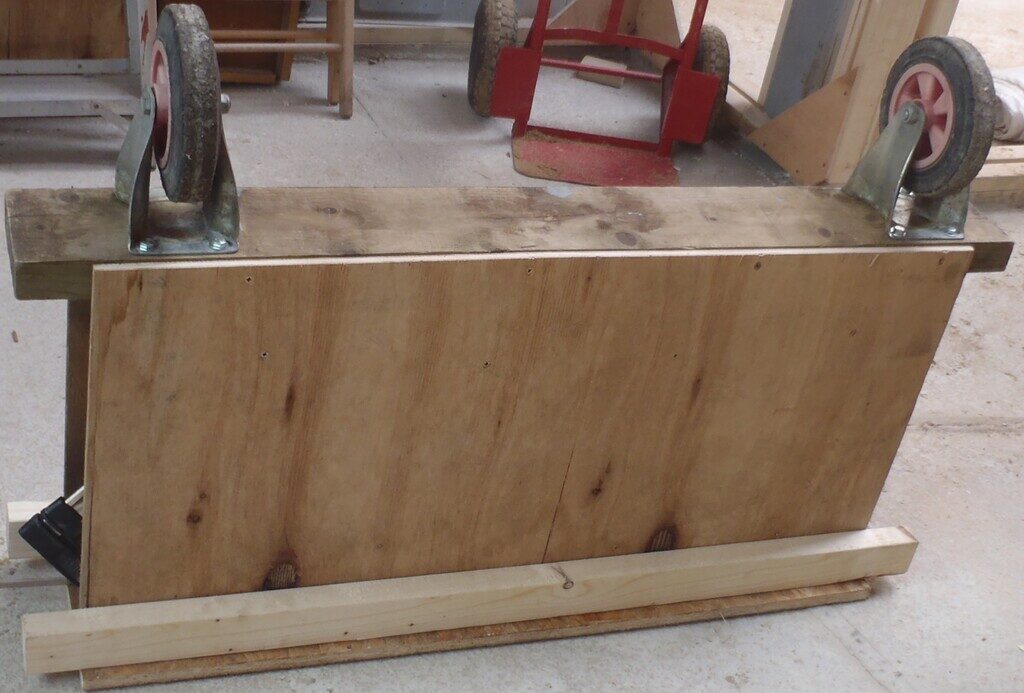 
Because we were on the main road, which is quite busy, we made two alert signs using a couple of our trestles and clamped on to the front face a shiny insulation board with yellow and black stripe tape around the border to divert the traffic away from our Loke entrance to allow us to swing in these massive lengthy objects, walking into the road itself when we take them off the lorry. 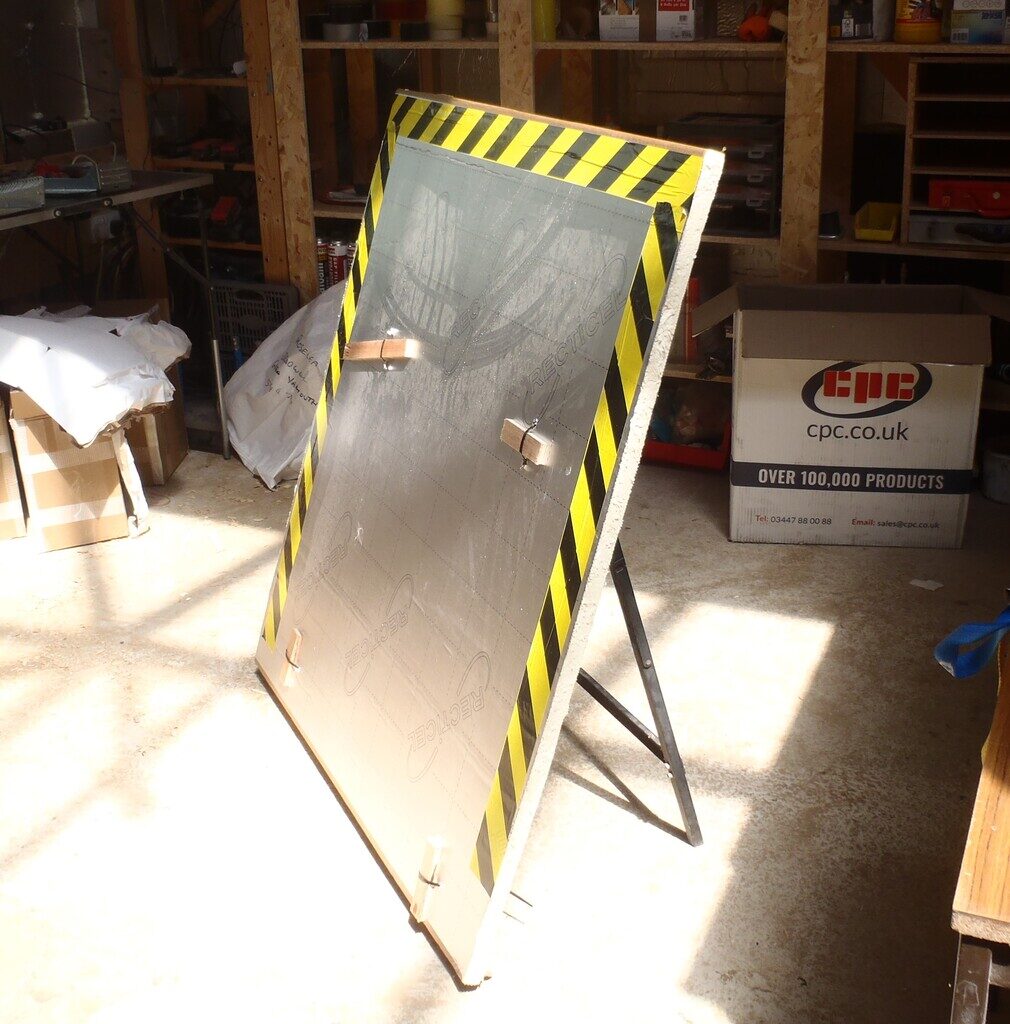 
Also during this last week, we constructed a new slicing machine, see Extra Large Sliding Saw and repaired one of the tyres on the large trolley that had developed a leaky valve and we replaced the inner tube. It was a quick leak and we wanted to ensure that the trolley stood up to giving us the proper quality of work without having to pump up the tyre every 10 minutes.