In the morning we prepared an area to store the beams next to the house.

The lorry arrived at 1:25pm with the 66 special I-Beams on a open flatbed vehicle, in two packs covered in plastic. The driver thought he could reverse down our Loke and save a lot of effort but after attempting to come in both directions and failed to get enough room to straighten up. In fact, he couldn’t hear the shout to stop and unfortunately bumped into the garden wall of the house flanking the entrance to the Loke and knocked a section down. We excused the driver and we said that we would repair the wall ourselves (we confessed to the house owner who is a nice chap).
So the lorry parked straight on the main road and we unloaded the I-Beams one by one off the back and placed them into the Loke to minimise the unloading time and then let the driver go off.
It was 2:50pm at this point, so we had a half an hour rest plus to quench our thirst too!
Resuming at 3:30pm, we got our trolley loaded up with 22 pieces and started down the Loke. But soon discovered that the dolly module was struggling to get over the little ramp and was creaking and wiggling alarmingly. We put on four more giant clamps to help stiffen up the load points and carefully got over the ramp.
That was exactly a third of the total and it was clearly overloading things. So we reduced the quantity and put only 15 pieces for the next three trips. The ratchet straps were doing a good job of keeping everything tied down and stopping the load slipping.
Once we got the load down to our place, we transferred it over to our temporary storage location just inside the fence (we released the wire mesh and rolled it up and pulled out two posts) and place each I-Beams into an ordered piles on two 2by6 planks supported by two concrete blocks.
After unloading the final 15 I-Beams, we covered it all up with a fresh tarpaulin as the material they supplied was ripped rather badly during the unloading process. 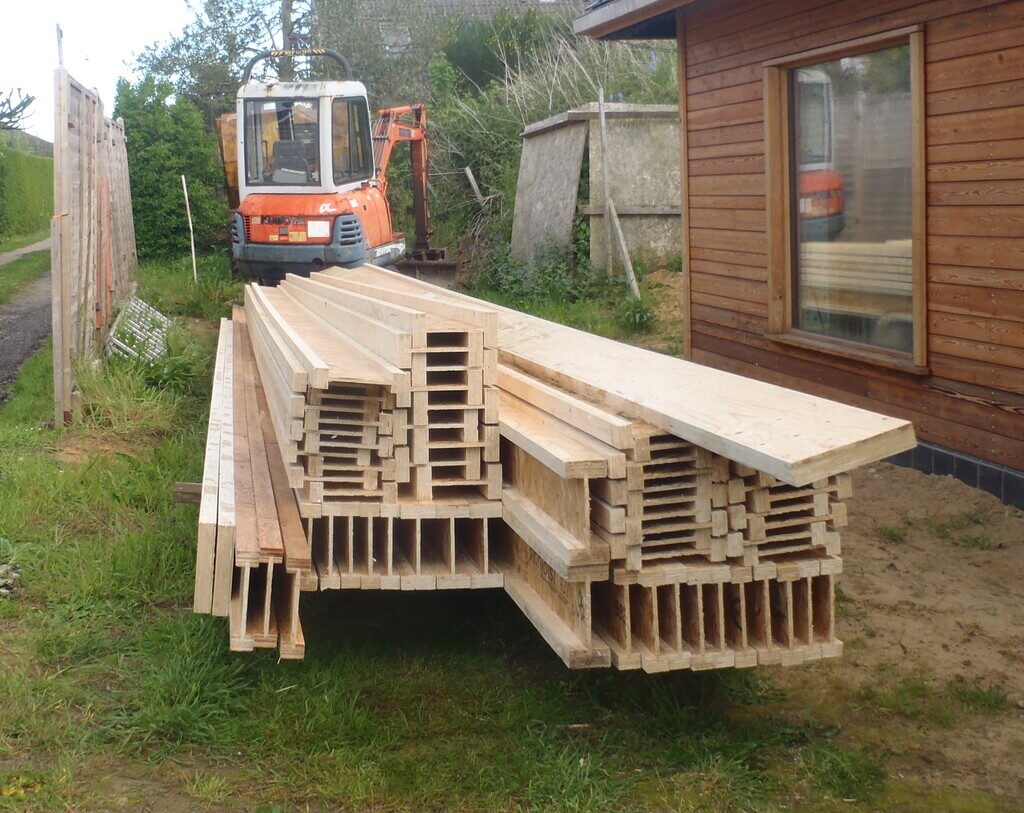 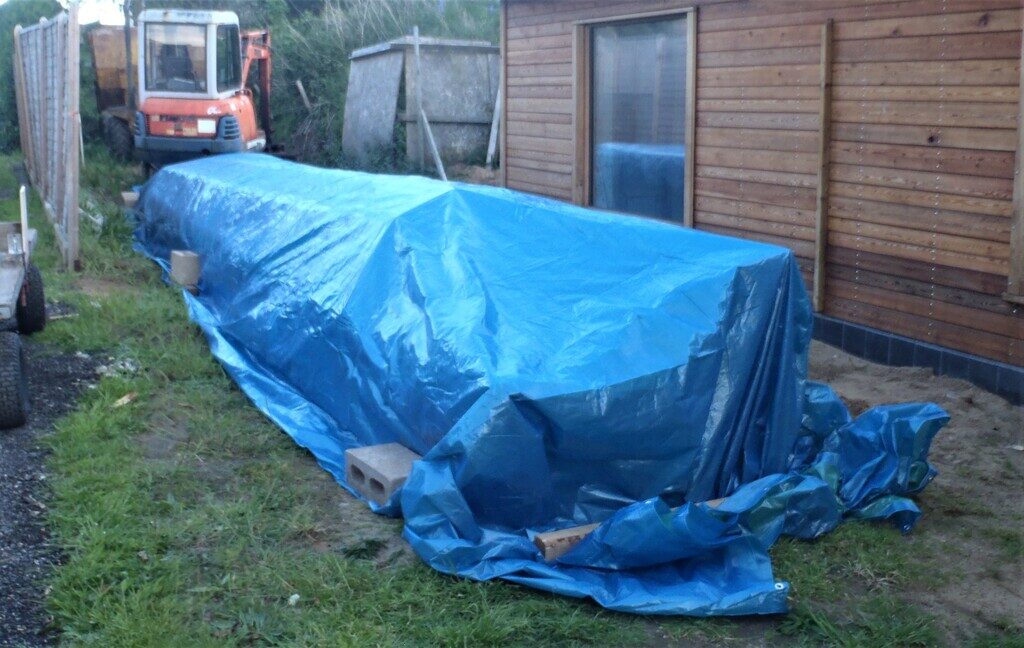 
We finished everything at 7:30pm and we were knackered!!