This afternoon, we went along the temporary living building and repaired the section of roof adjoining the top of the wall, at the back nearest the fence. It is the side that faces the afternoon sun all year around and so the roofing felt has got thin and fragile. We had made minor patches to fill holes but this time, in strong winds, it ripped a rather larger section. So we bought a new roll of standard shed roofing felt, the cheapest going and cut a strip off to slide under the roof’s felt, around the corner, down the wall and overlapping the felt still hanging further down the wall. 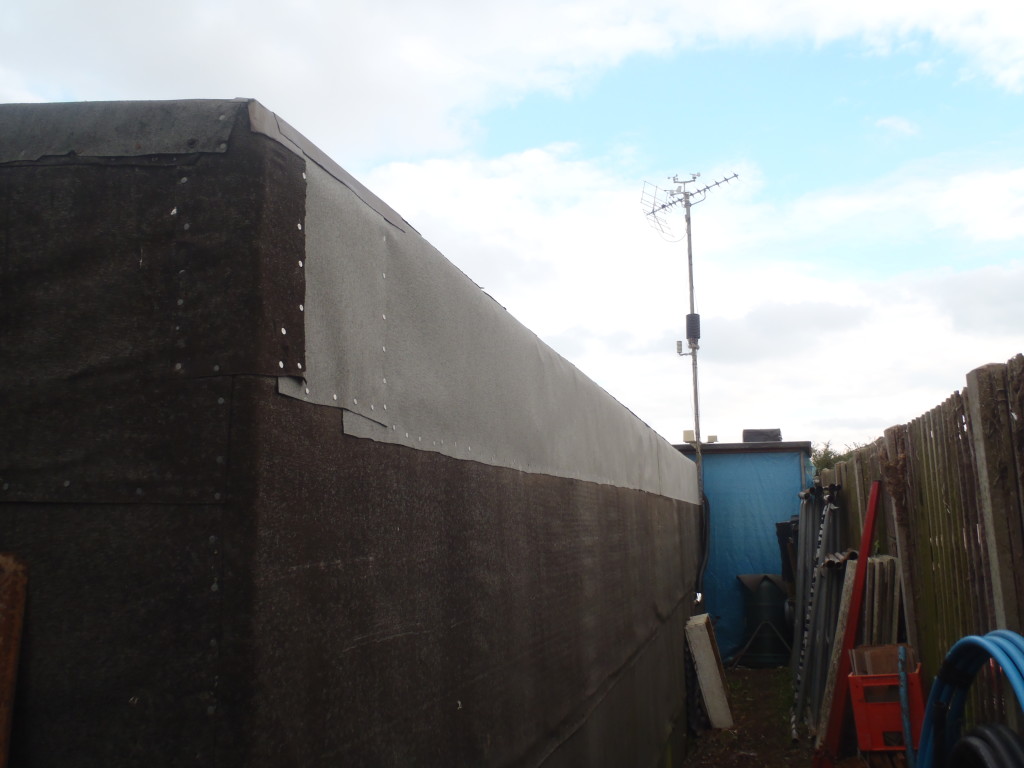 We nailed along the overlapped joint on both the wall and on the roof too. The felt still on the wall is the original stuff we put up way back in 2003 or so and it is looking ok! Because likely, it has been in the shadow of the fence most of it life and not greatly affected by the power of the sun. We only want it to last the stated 5 years this time!!