The toilet in the Garden Room now has a mirror (600mm high and 450mm wide) a flat plane of glass with no edging or bevel, just screwed up with four screws in each corner. Two wire double trays mounted on either side of the mirror on the side walls. A toilet roll holder and a towel rail also mounted on the back wall under the window. 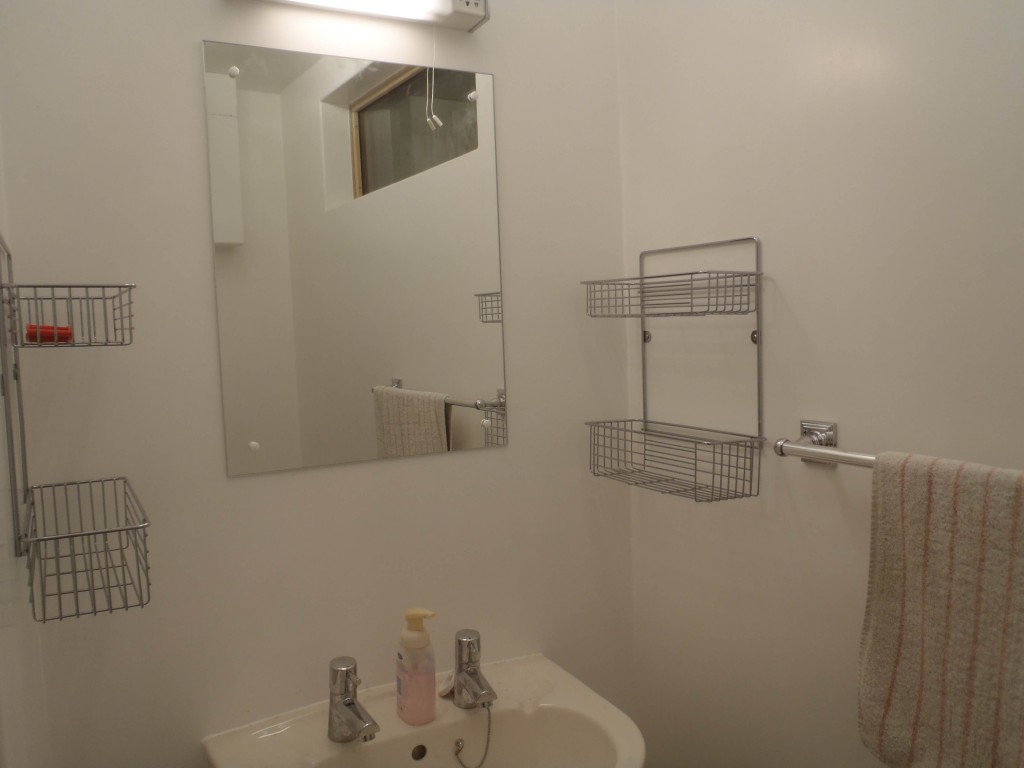 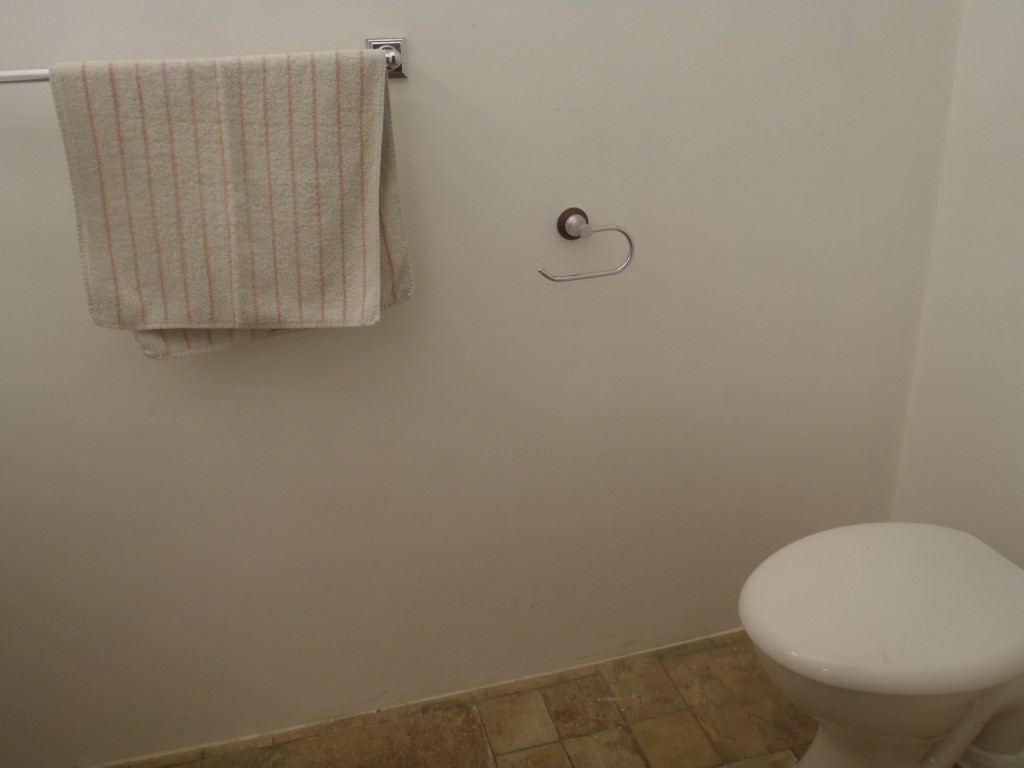 The sliding doors has a pair of knobs fitted. Along the edge where the two doors comes into contact, magnetic strips were stuck on to “lock” the doors together when the toilet is engaged! The only problem was that the magnetic strips proved to be far stronger than we had anticipated! We needed a crowbar to get them apart again (well not a crowbar exactly but .. ..!). We solved the problem by sticking very thin strips of plastic on the magnets so they are kept apart further when the two sliding doors closes, the power of the magnetic force is reduced and it worked!!