The task of rebuilding the Berm continued over Monday, Tuesday and finally Wednesday. We wanted the Berm to be high enough to stop the majority of the rain water that comes down our Loke so we decided that we would lay down a complete line of bricks again, just like we had before, but this time, using double the number of them. we broadened out the pattern, to three and a half bricks wide at one end near the raised flower bed and narrows down to two bricks wide at the other end. Then scooping all the extracted driveway “hardcore” material back all over the bricks (to fill all the gaps between the bricks with plenty of sharp bits and sand) but most of it went to form a gentle slope up up to and down away the bricks on both sides.
The whole thing was compacted down using our heavy petrol powered vibrator. 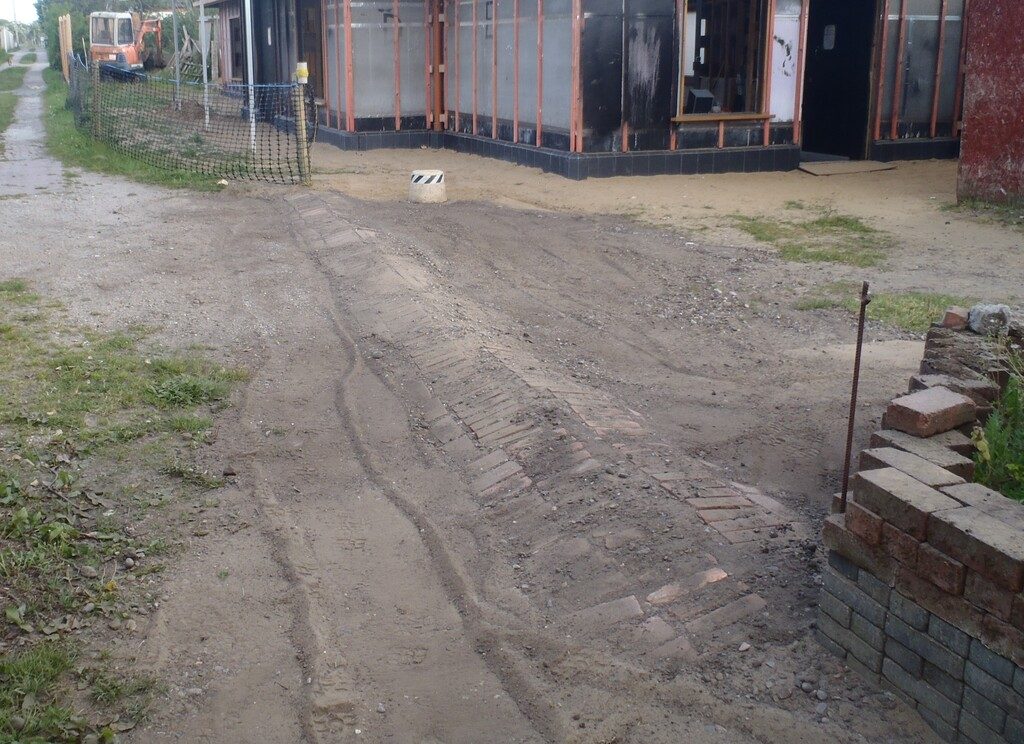 
It is flatter and wider but not perhaps taller than the old one, so hopefully that will allow our visitors and their cars not to run the risk of damaging the bodywork underneath. It will do the primary job of holding back the rain water most of the time and only during the 100-year events that seems to be occurring every 5 or 6 years where it is likely to overflow again. We have other plans in place to increase soak-away capacity at the bottom of the Loke and also let the water into the school field too!
So that 2 week job is finished At Last! We can get the car out again! We were running out of food!! Grin!