We started the week reviewing our complete set of task lists, removing those ones that we have done, and adding new ones plus doing some other chores like shopping. So after lunch, we resumed work on creating the Skirt to run around at ground level. The first job was to mark the wall at each corner (both inside and outside ones) and then snap a chalk line between all these marks so we had a consistent line to follow. Then we installed the eight cement corners, or rather the remaining seven of them that go in the inside facing corners that covers up the downpipe coming from the gutters. 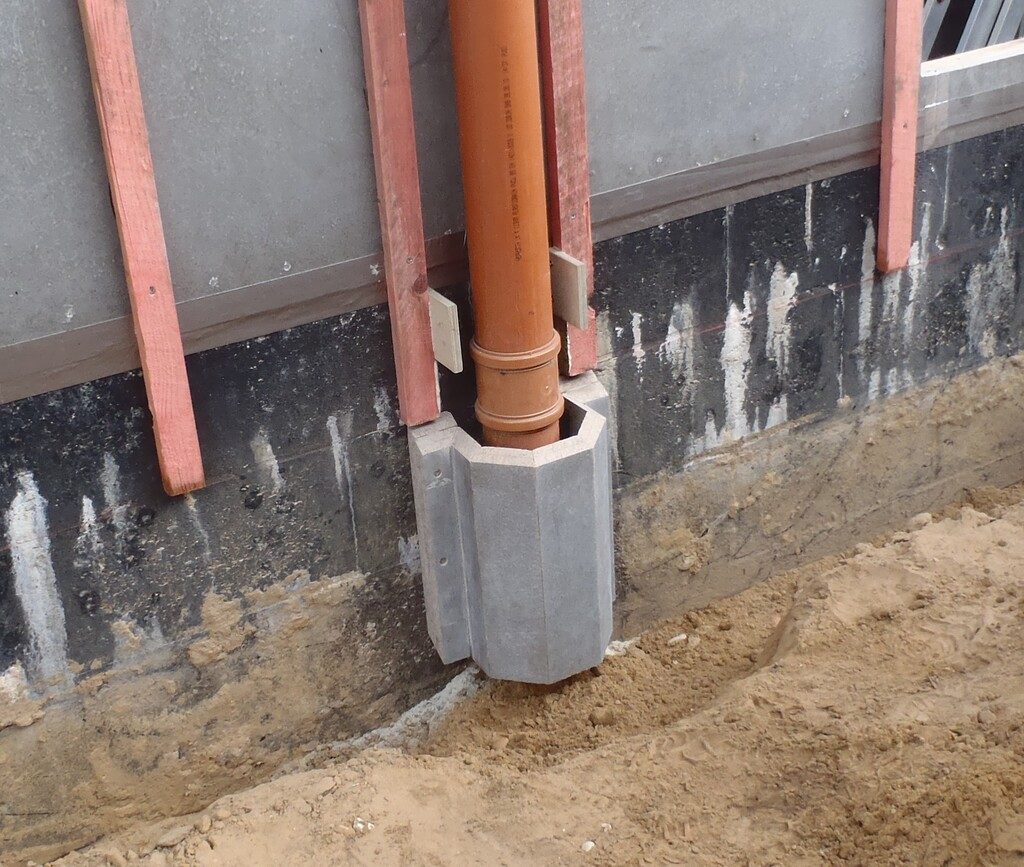 
The next two following days were spent installing the polystyrene corners and strips. The nine outer corners went on first, removing any bottoms of the cladding battens where they were too long (and we resprayed the fresh cut ends with more wood preservative treatment) and in a couple of places, we had to stick on some extra thin padding layers onto the wall surface because the concrete blocks didn’t quite align up to the wooden wall above. Each corner was held on using two plastic nails and mastic along the top to help seal and stick it down. Then the rest of the day and half of the following day was spent putting up the 400mm high strips fitting in between each corner piece. We are drilling a 8mm diameter hole through the polystyrene material and into the concrete block behind and then a plastic nail was hammered in. We are spacing them out at about 200mm apart and our 400 nails we bought was enough at the end of the day, we had about 60 of them left! 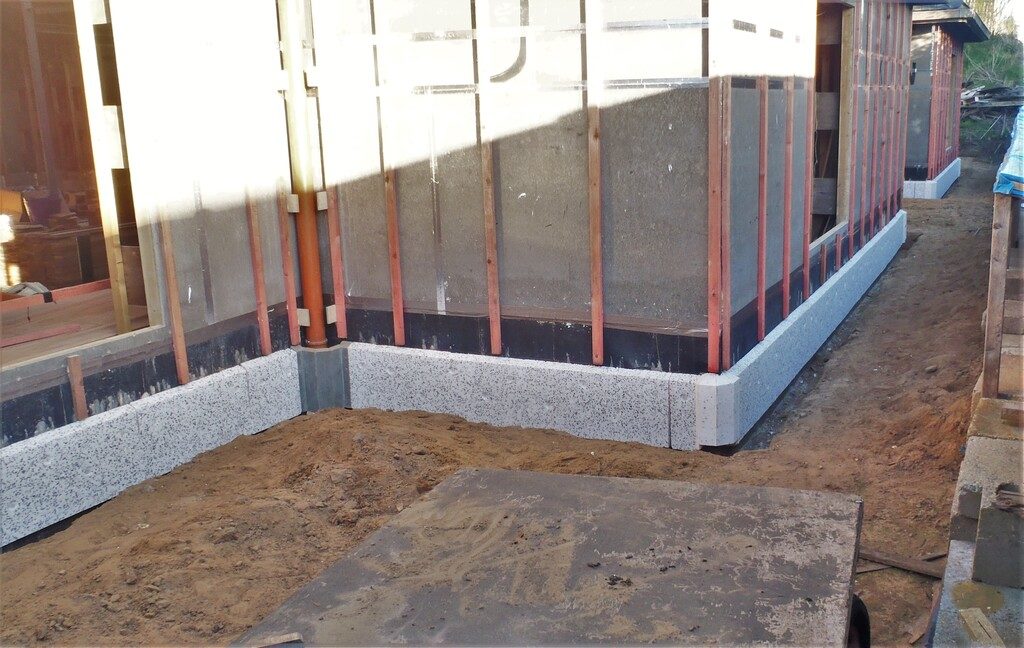 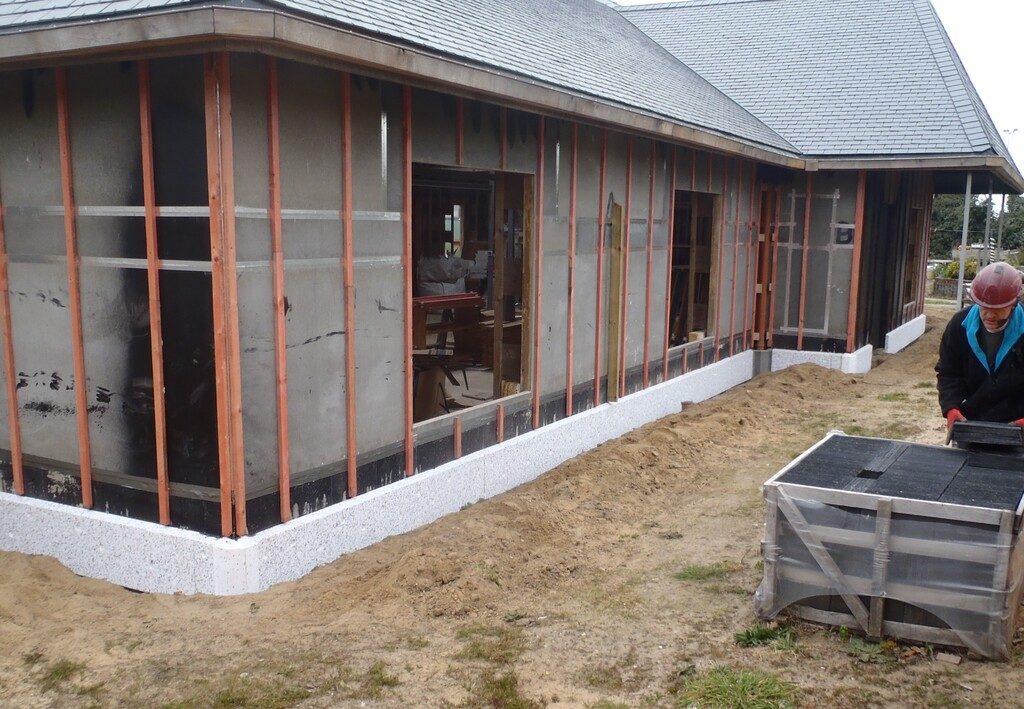 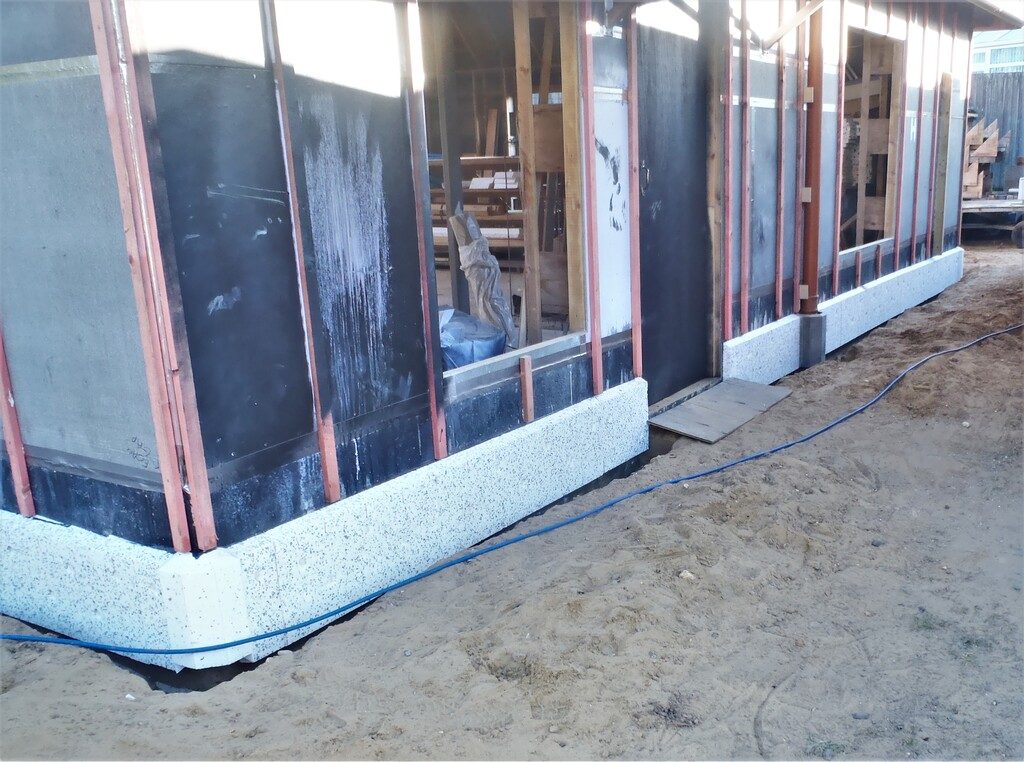 
The remaining of the day, the Wednesday afternoon, and a couple of hours on the following Thursday morning, was spent slicing up a load of slates into narrow strips, 55mm high by 200mm wide. These will serve the job of covering up the little slopes along the top on the new polystyrene skirt. 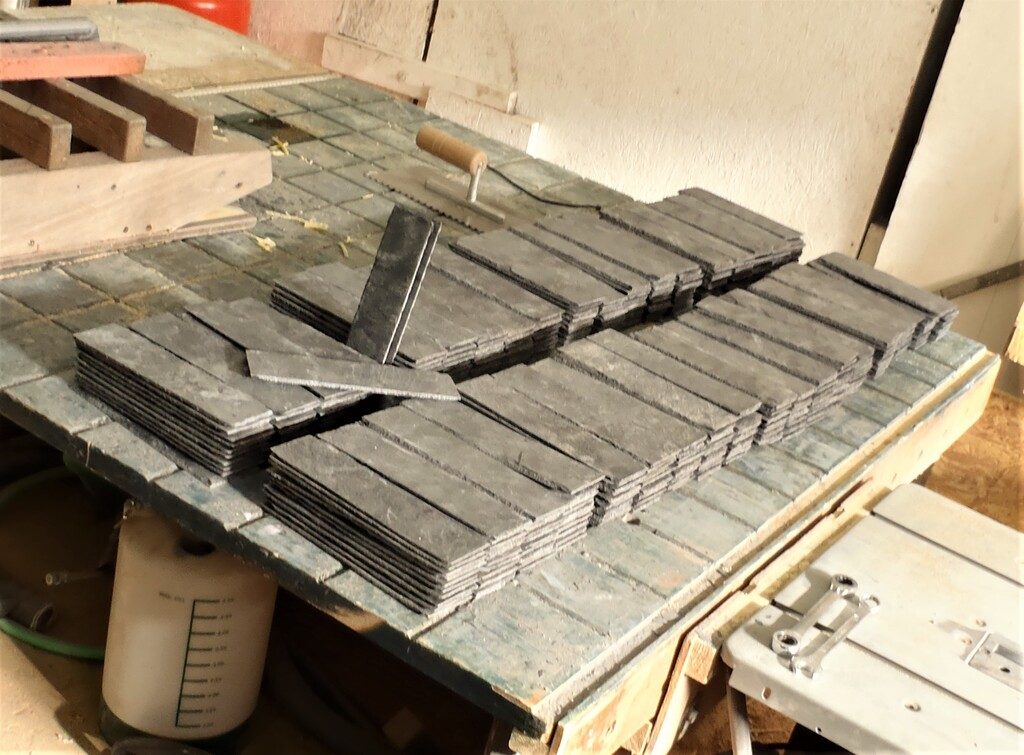 
Then we made a smaller pile of vertical 95mm wide by 300mm tall pieces which will cover the octagon corners, the face of them, and then even smaller pieces to do the slopes on top too.
Carrying on with this making slates pieces, the next shape was the narrow vertical strips for the outer corners and their associated little rhomboid piece on top again.
By the end of the day, we made also the left and right handed narrow strips that has a 20degree angle sliced into them, a whole heap of them. 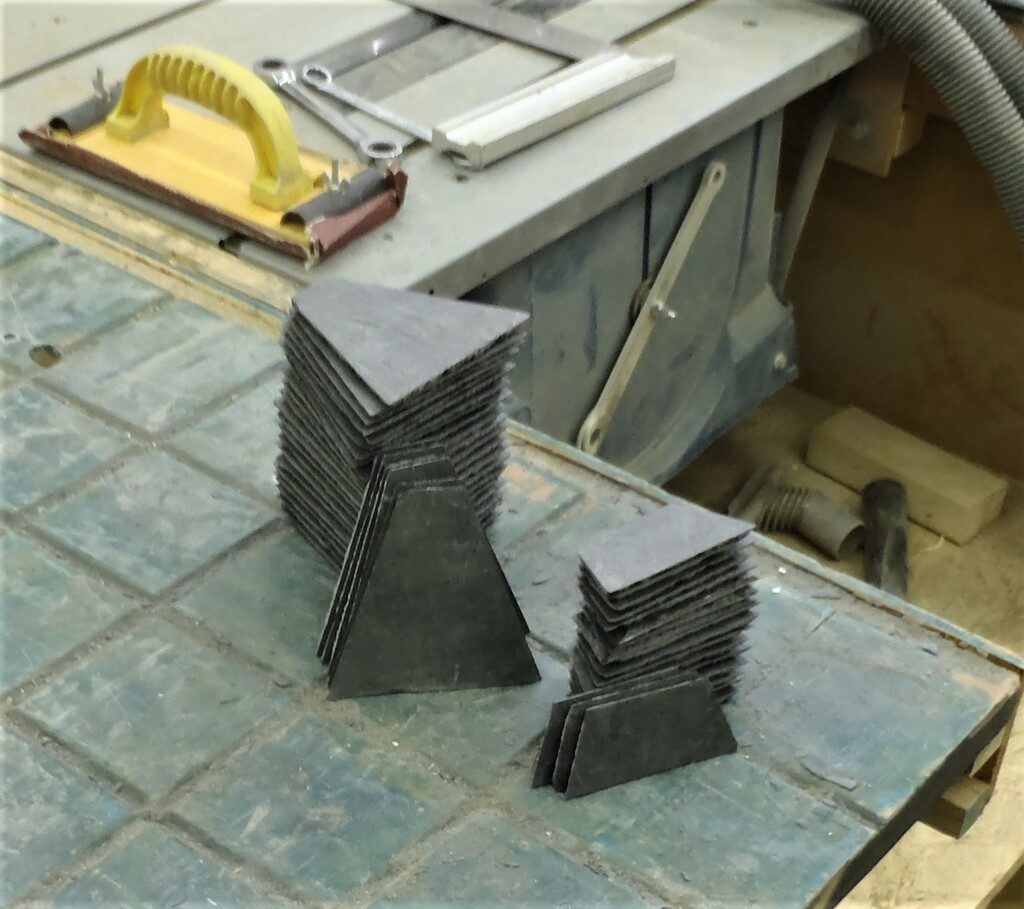 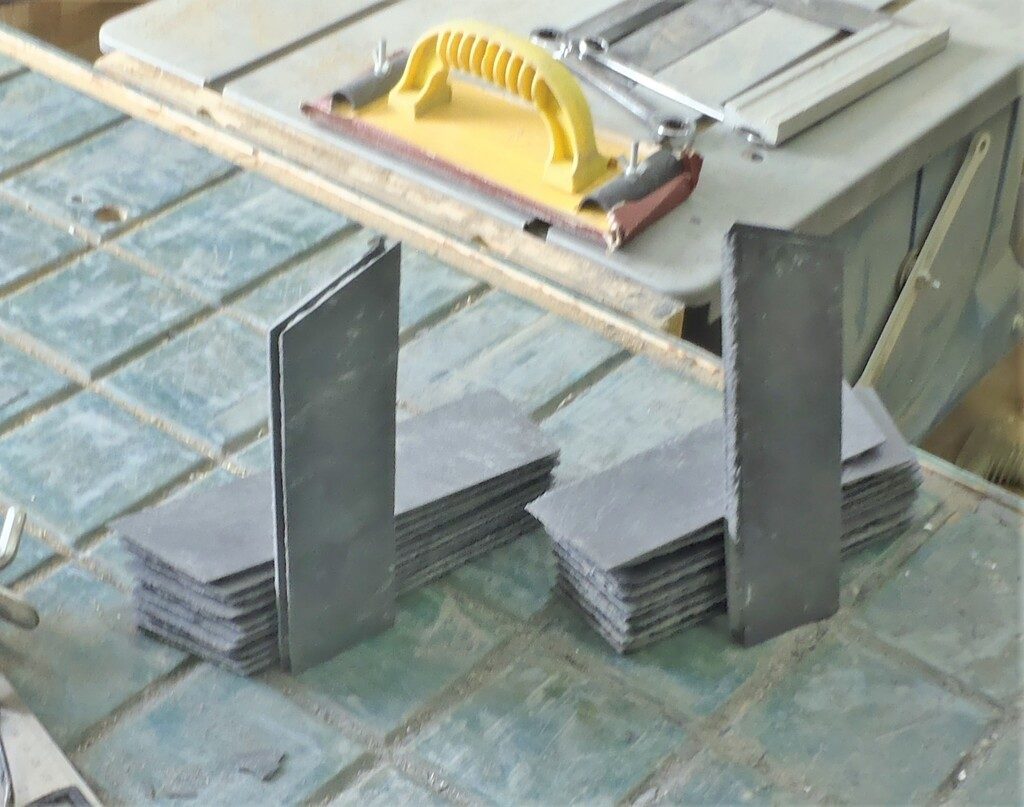 
After a morning spent on other chores, we resumed Friday afternoon on finishing off slicing the last dozen or so special shaped slate pieces. 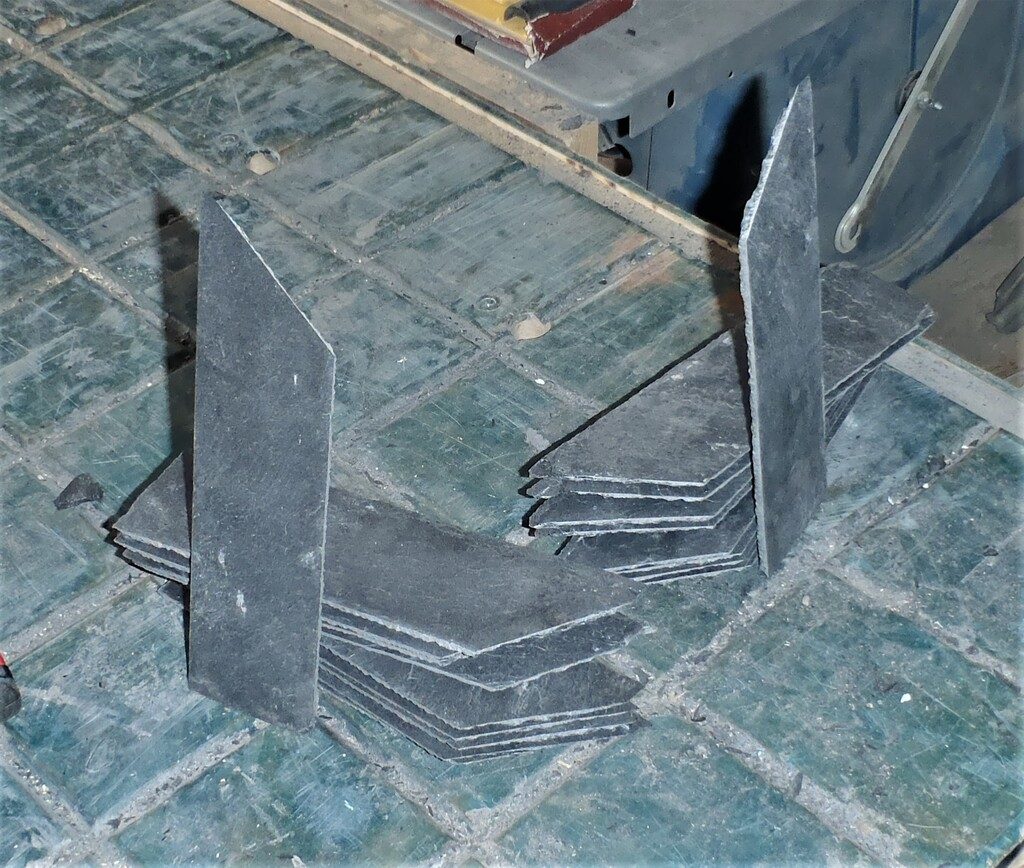 
Then we got on with the task of gluing all these slates pieces onto the Skirt! We started along the front of the house at the Conservatory plus around the corner along the “A” wall and in the few hours, we managed to get 30 slates up on the polystyrene strips, plus three corners done too. 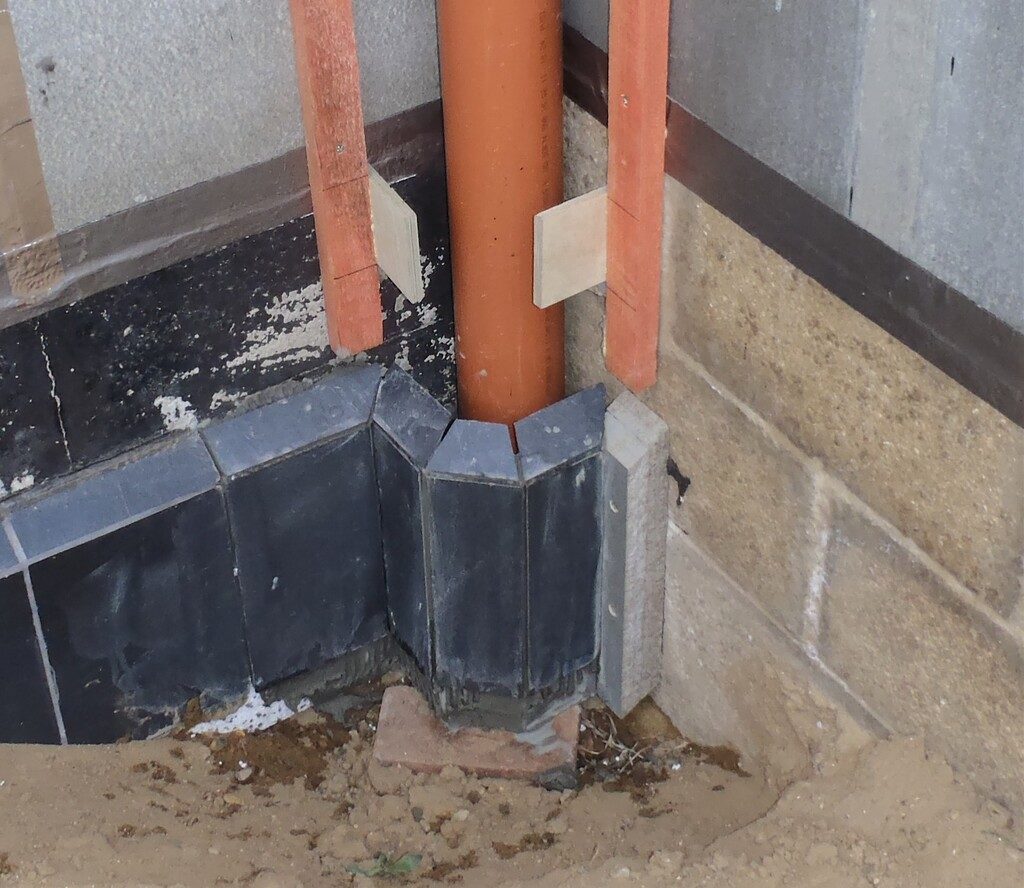 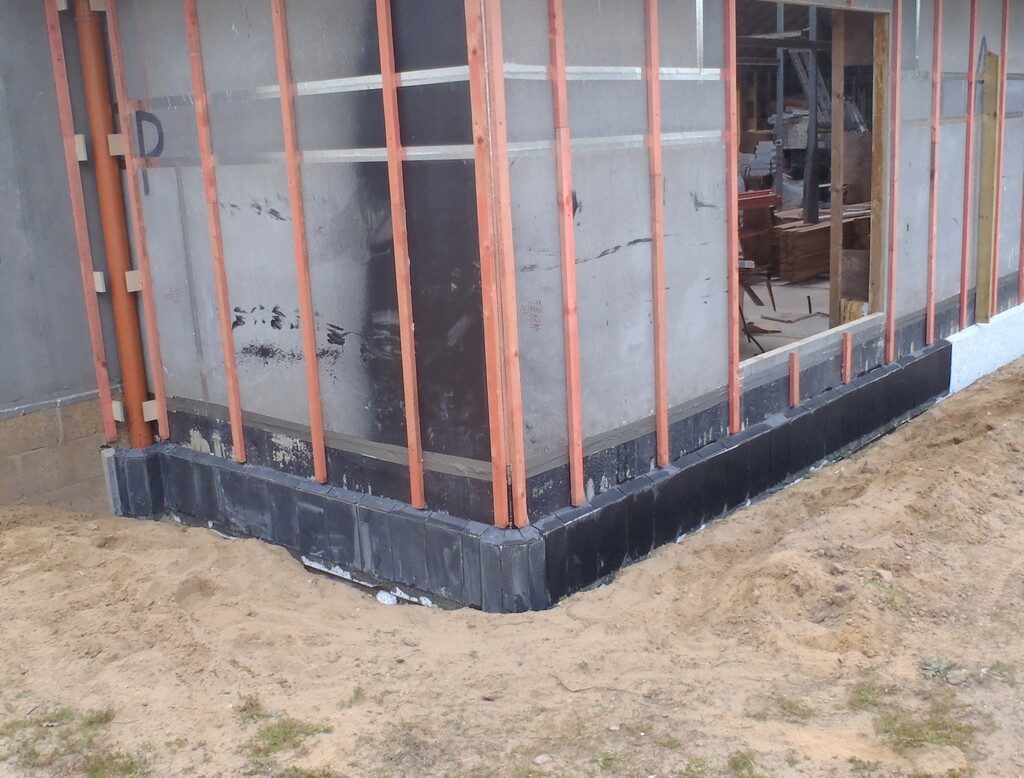 
For the last day of the week, we managed to do a further 150 slates, completing the “A”, “B”, “C”, “D”, “E” and “H” wall sections. Each length of wall was measured and then divided up into slate width plus a gap and then adjusted so that the beginnings and ends had larger even off-cuts pieces and avoid having very small narrow strips. We are mixing about 10kg of the cement based tiling adhesive for approximately every 35 slates, this means we now have used 54kg or just under three bags so far. We have five more bags to go, 100kg in total, so we should have enough!
The final job was to clean the surfaces and the gaps between the slates, ready for the grouting. 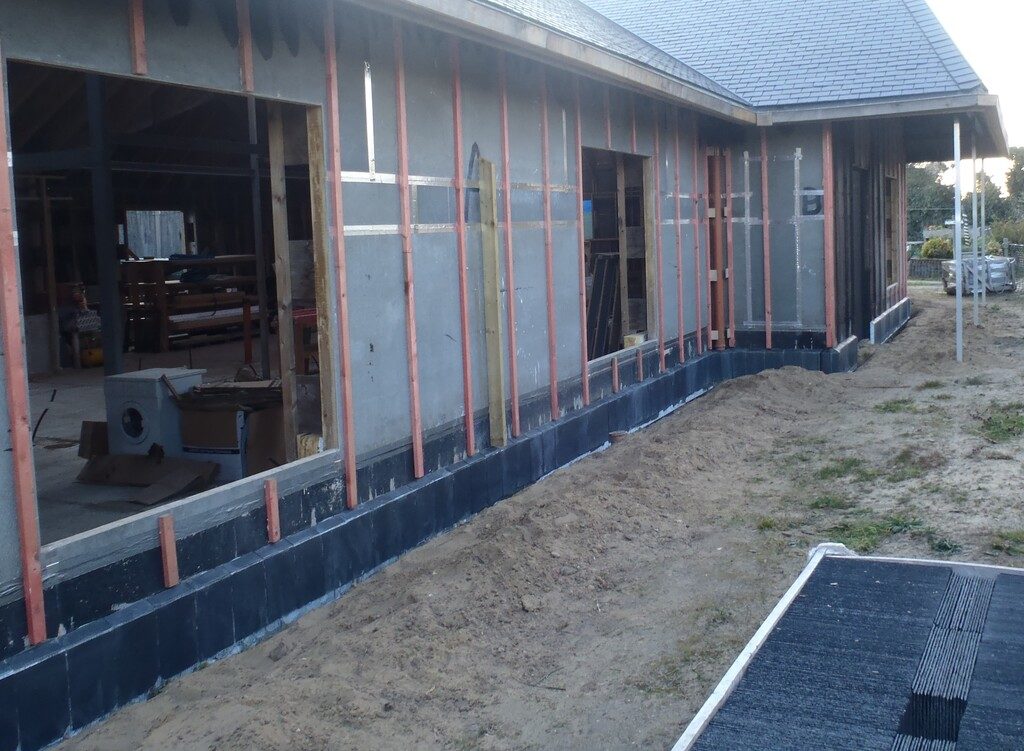 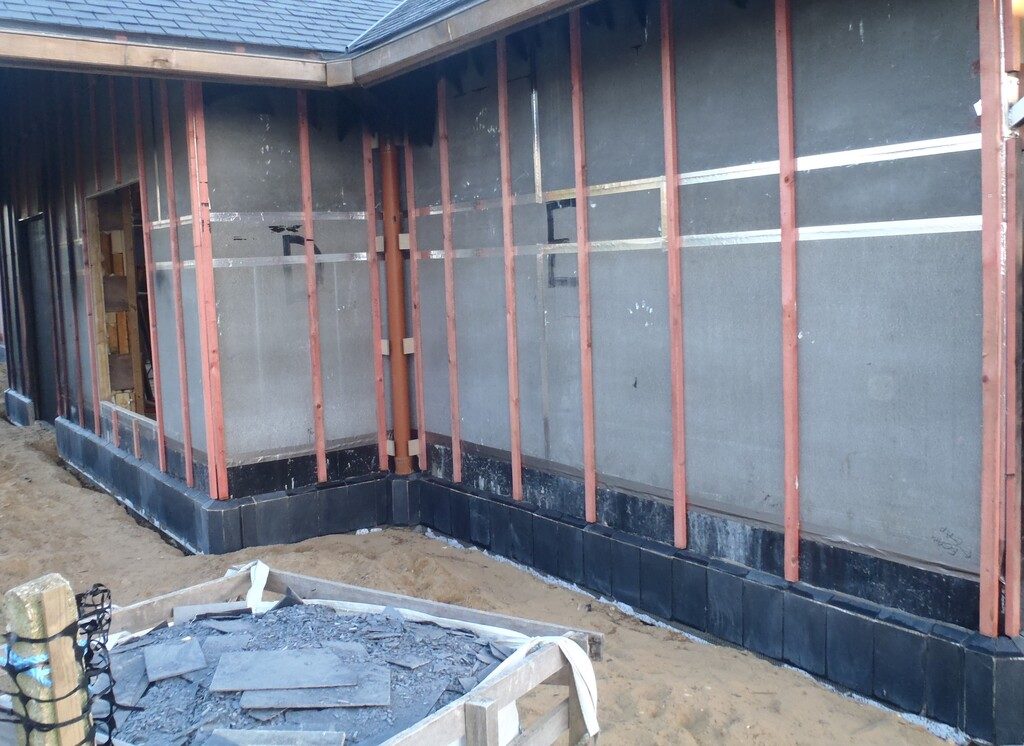 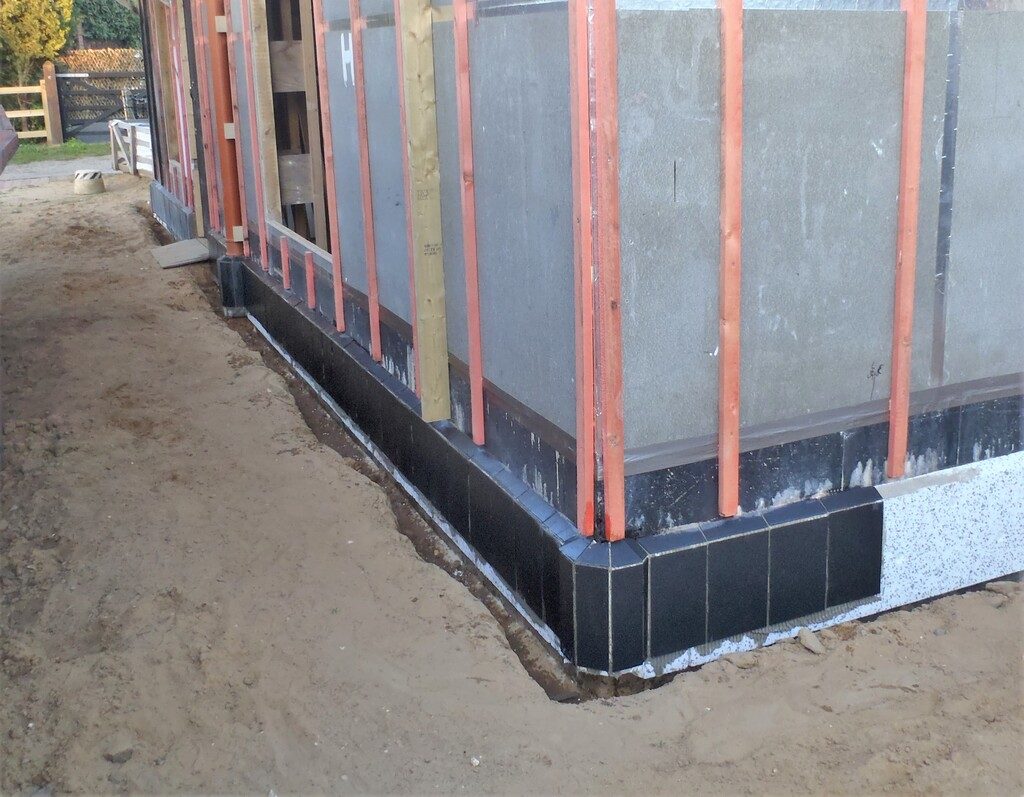 
We will finish off Roselea’s Skirt next week so she can feel good that any dirty rainwater won’t splash up on to her cladding and cause some upsets, disease and rot!