Whilst planning the slating of the roof we found we needed to attach the guttering to each roof section before anything else because it is the lowest part of the roof and everything else ‘flows’ into it. But if we install the gutter we need somewhere for the water to go so we have to connect the previously installed downpipes to the underground pipe to the rain water filtration unit.

So yesterday and this morning, we went around putting in the connecting pipes.
There were eight of them to do around the house, five of them were in corners and the other three were in a middle of a wall section. 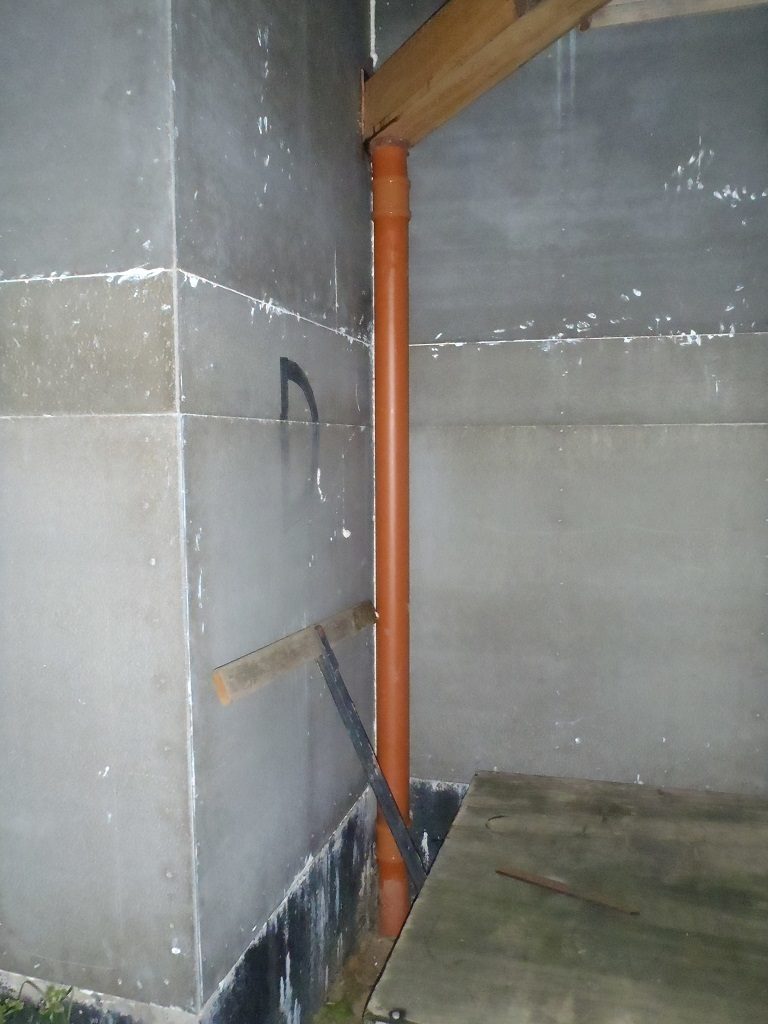 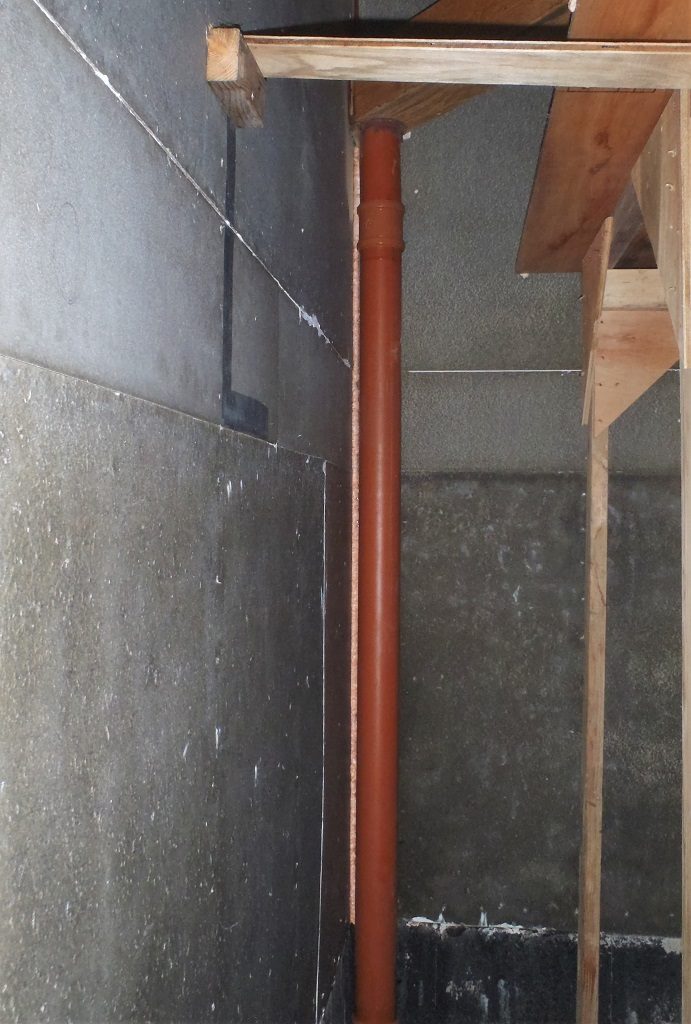 The only complicated bit of the task to do, was around on the “P” section and the future conservatory. We had originally laid a continuous pipeline running along the whole length of the Great Room, from front to back, but we decided that it would make more sense to remove the section that would go under the conservatory and have the two downpipes to be the starting point of the underground pipelines. So we dug out the existing pipe and replaced the “T” junctions with plain sweep bends instead. 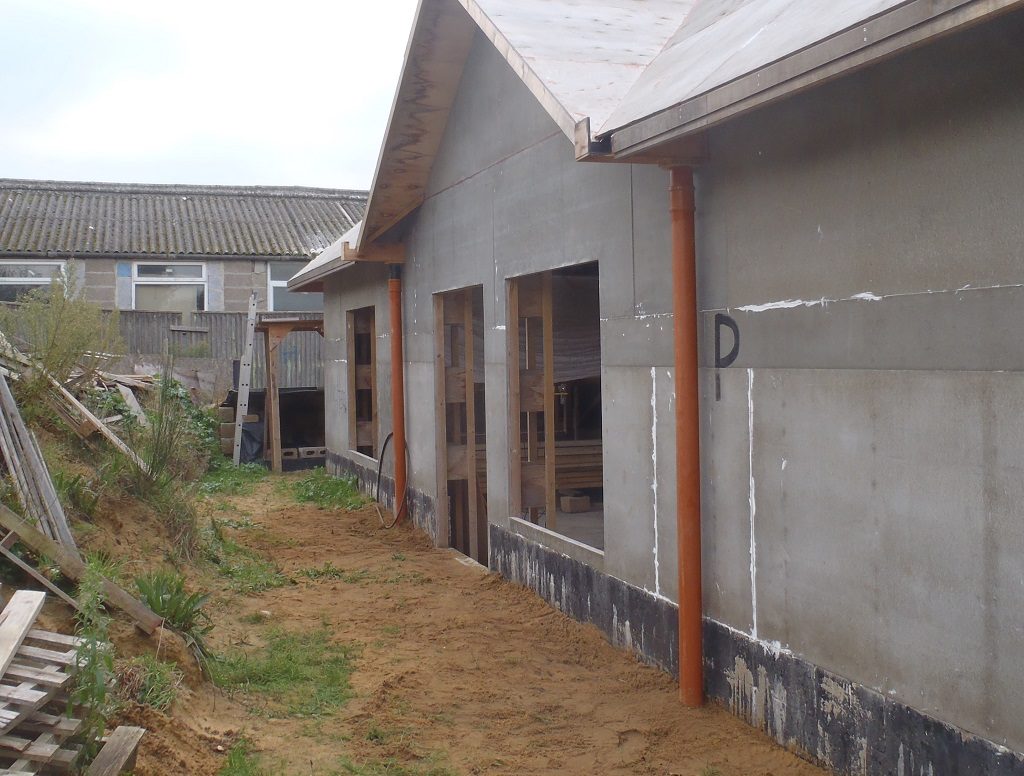 
Now we are ready! So as we complete each section of the roof the rain running off the roof will be collected and dealt with immediately.