Sometime during the afternoon, we had the delivery of the remaining four pallets of our slates and they were unloaded alongside our Loke, following the line as we intended, but alas, one of the pallets was dumped on top of two others! 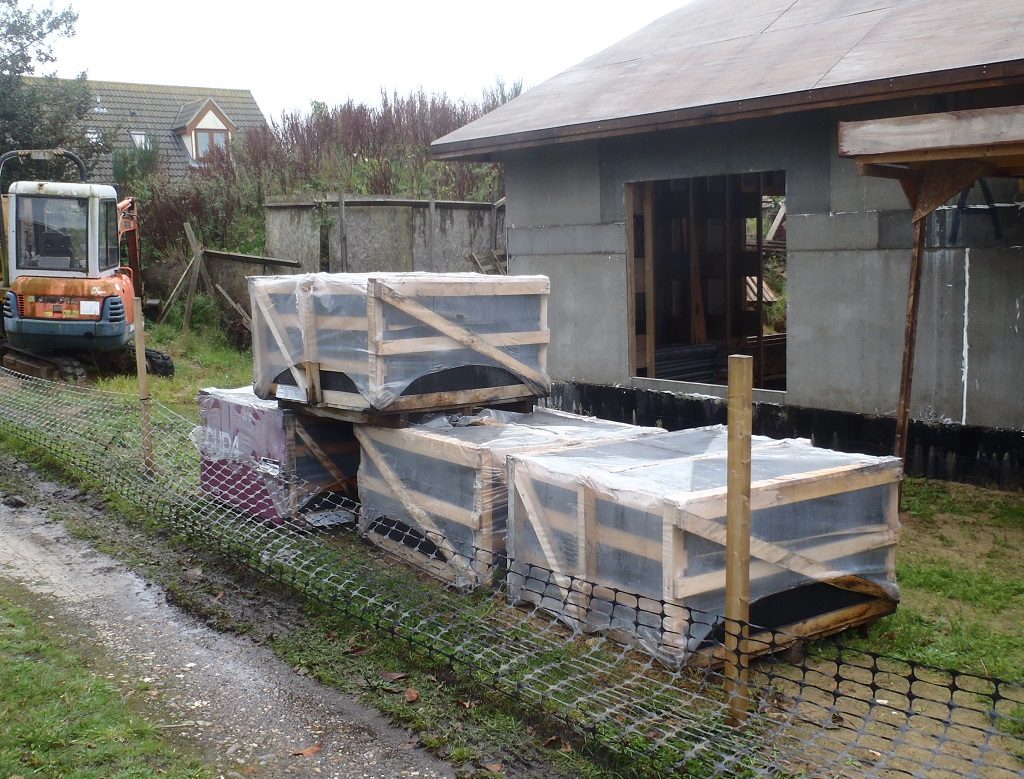 
We did not want this, as we wanted to be able to take a handful of tiles out from each crate in turn so the roof would get a more random pattern, just in case, one crate would be loaded in the quarry from one spot in the slate mine and by the eleventh crate, could be using another part of the mine with slightly different colouration and texture. Hence, as recommended by experts, to take a few tiles from every crate, to mix it up a bit, and get a more balanced finished on our roof.