We continued with the task of slicing up the wider rolls (four of them) into a little bit narrower width (380mm because we are using narrower slates than we envisaged months ago when we bought the rubber), using our dispenser with the razor blade as the cutting tool. But we discovered that the rubber material had too much flex in it to keep it straight and it wobbled side to side and made a ragged edge, especially after pulling out longer pieces. So we had a think .. and decided to replace the razor blade attachment with a battery powered scissors instead. 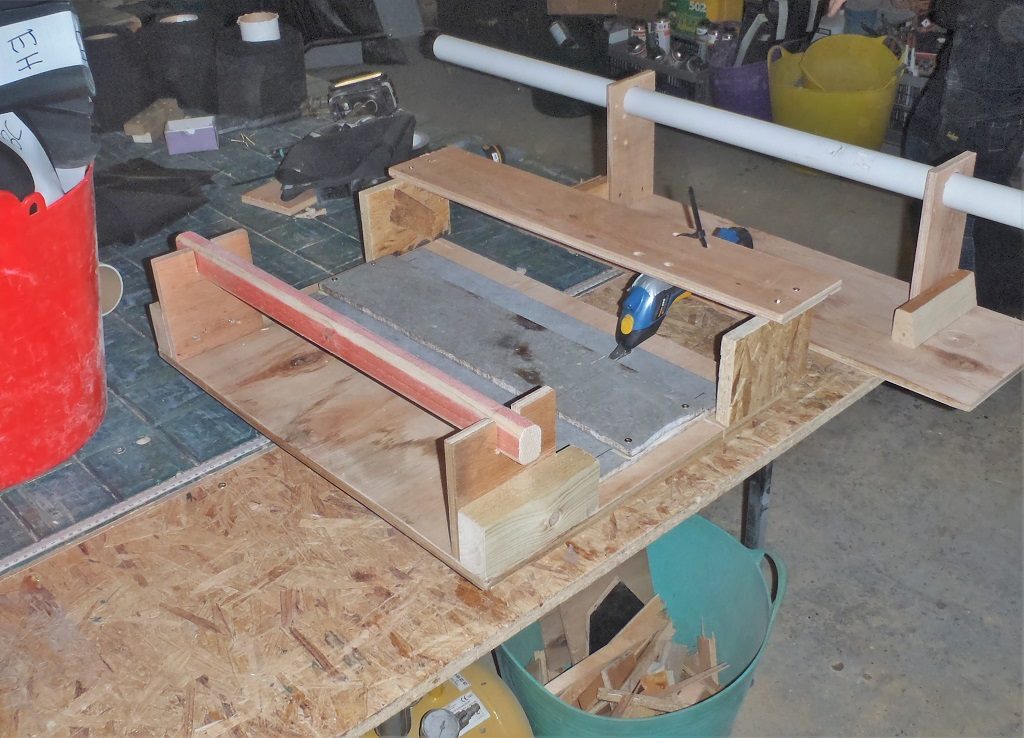 
It worked much better but it was still awkward in trying to handle the rubber material and we ended up getting a third pair of hands to help to help roll up the cut rubber – we needed 1 person to unroll (the rubber is firmly ‘stuck’ on the roll) and 2 to re-roll (1 for each strip).
We now have a trug full of 15 lengths of rubber strips, for the hips and ridges, alongside another 2 trugs of similar pieces but for the guttering. 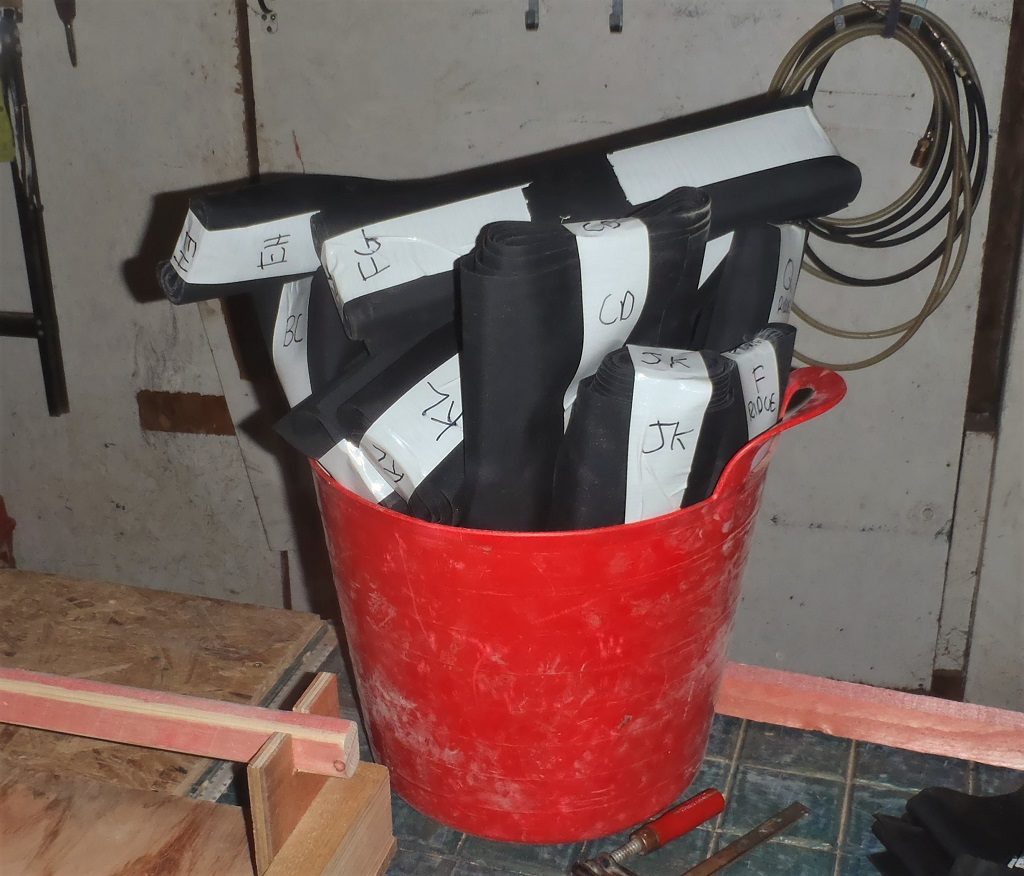 So that’s that job done so everything was dismantled and we started making the next dispenser, this time for the roll of the metal mesh. This metal mesh is for covering the gutters to keep out large items like leaves, moss and other rubbish blown on the wind.
The mesh is a grid with 5mm spacings and the roll (being 920mm wide) will be chopped up into 300mm lengths and we are planning to use a guillotine like mechanism to cut the mesh. We will find out later on whether it will work or not .. time will tell!