We start the week with the left-over task of moving the Larch Timber inside our house to get it under cover. It was two and a half tons of wood to shift!! See Larch Timber Arrives.

But over the next couple of half day sessions, two afternoons (Monday and Tuesday) and one morning (Thursday) we got the remaining two hundred slates up on the “H” section of the roof, including doing the hip where we had to use our long extension ladder to climb up the roof to reach each slate meeting the hip edge. It was very fiddly because of the ladder, having to lean out and having to cut every slate with an angled shape. This also includes putting up the flashing slates as we went along.

That concludes the “H” roof. 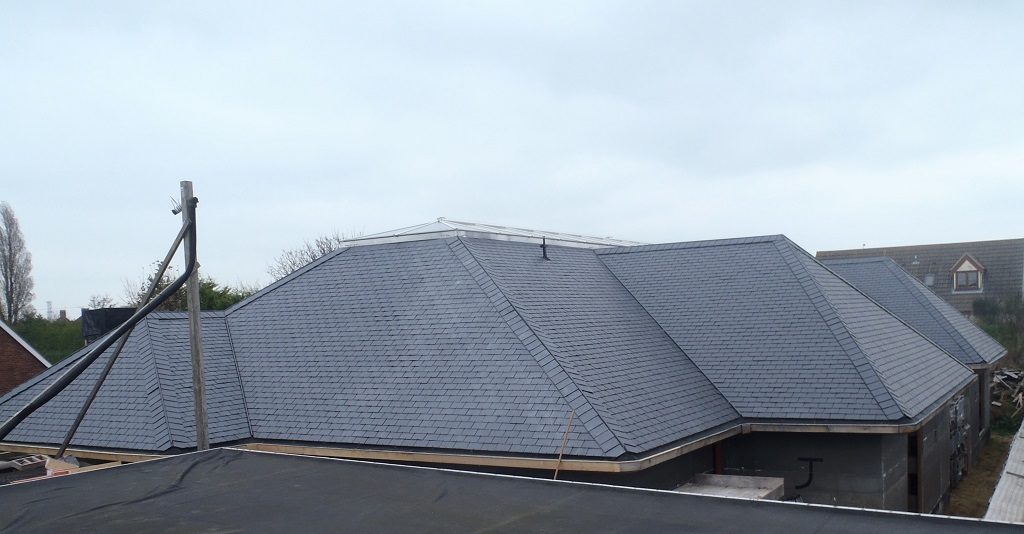 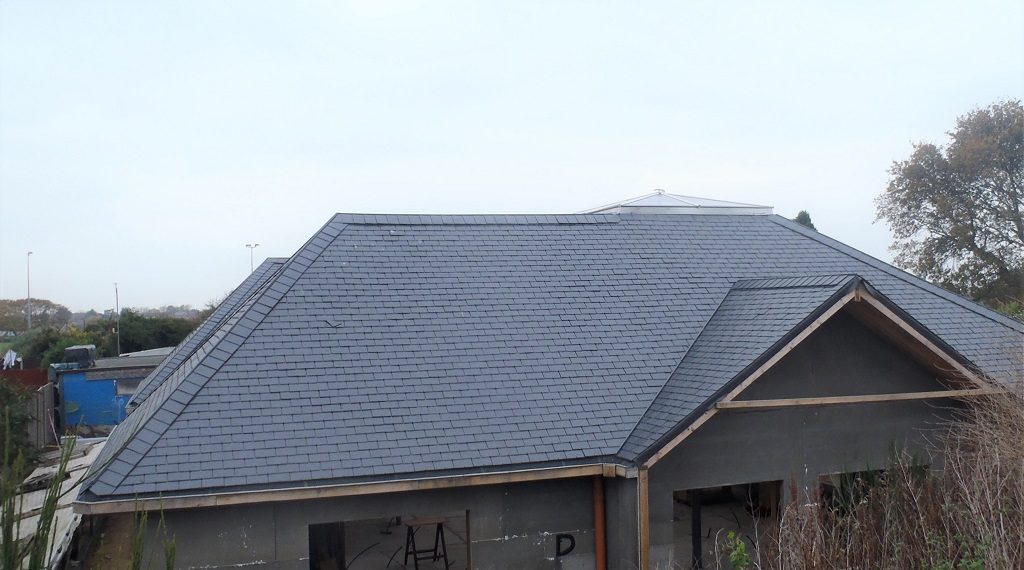 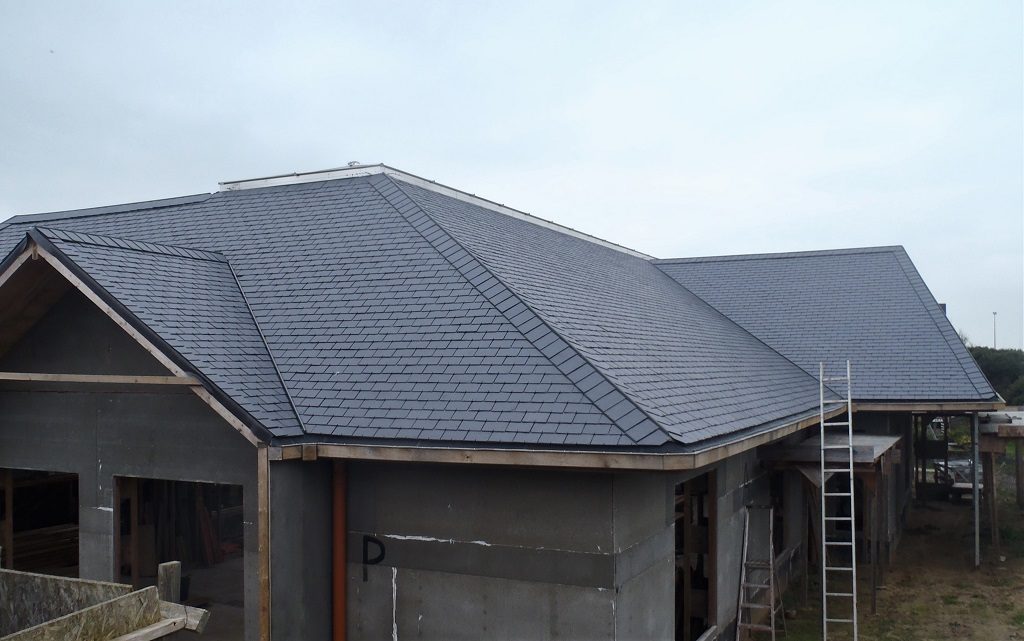 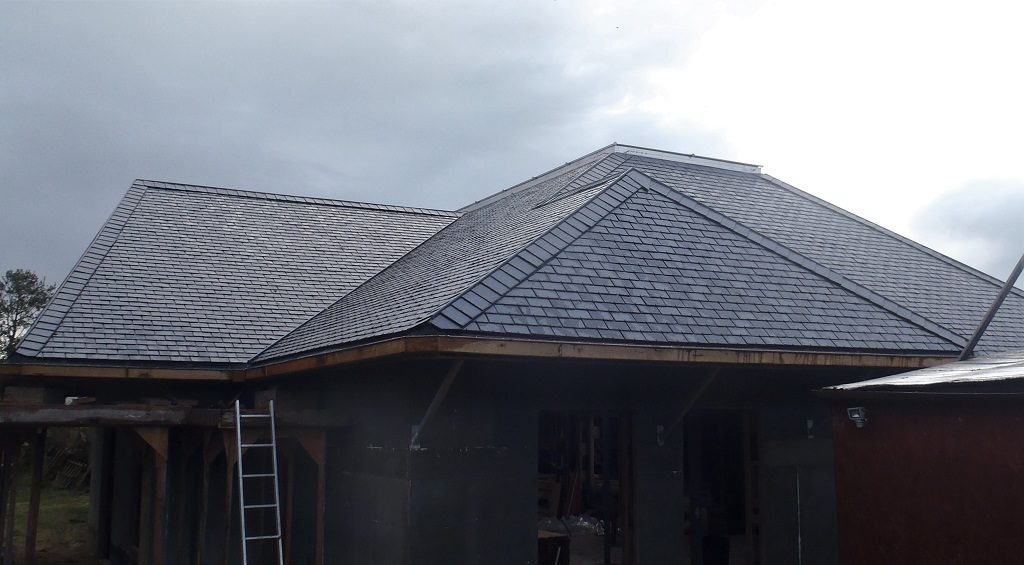 We have finally reached right back to where we started eight months ago. The only small section left to do is over the front porch where we are designing a logo banner that will be cut into the slate surface itself and filled in with various coloured epoxy resins. This is the very last section of the whole roof, a further 500 slates.